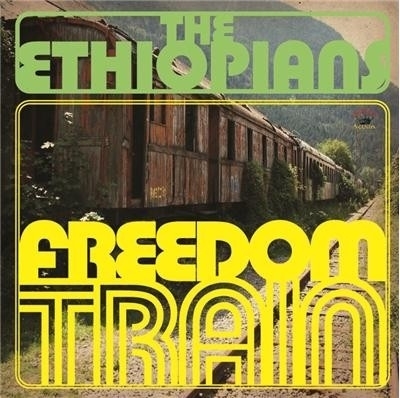 Description:
The Ethiopians are one of the great vocal groups to come out of Jamaica. Singing songs of life and times as they found them, themes that resonated with the people of the Island that made them such a treasured group.
Lenard Dillon, the founding member of the Ethiopians began his singing career at Clement ‘Coxonne’ Dodd’s Studio One. Initially he recorded under the name of Jack Sparrow, and backed by the Wailers, cutting ‘Ice Water’ and ‘Suffering In The Land’. Under The Wailers encouragement, he went on to form his own vocal group. Recruiting singers Stephan Taylor and Aston ‘Charlie’ Morris to become The Ethiopians.
This release includes songs from the ‘Slave Call’ album alongside some of the bands early hits, including the original version of ‘Train To Skaville’, ‘Engine 54’, the great and poignant ‘Everything Crash’, ‘Reggae Hit The Town’ and ‘The Selah’. An interesting set to remind us what a great group the Ethiopians really were.
Format & package: LP
Record label: Kingston Sounds
Year of release: 2021 (compilation, repress from 2013)
Tracks:
A1 Train To Skaville (Original Version)
A2 Engine 54
A3 Come On Now
A4 Everything Crash
A5 Ethiopian National Anthem
A6 Guilty Conscience
A7 Hurry On
B1 Reggae Hit The Town
B2 Culture
B3 Obeah Book
B4 Love Jah
B5 The Selah
B6 Need Someone
B7 Slave Call