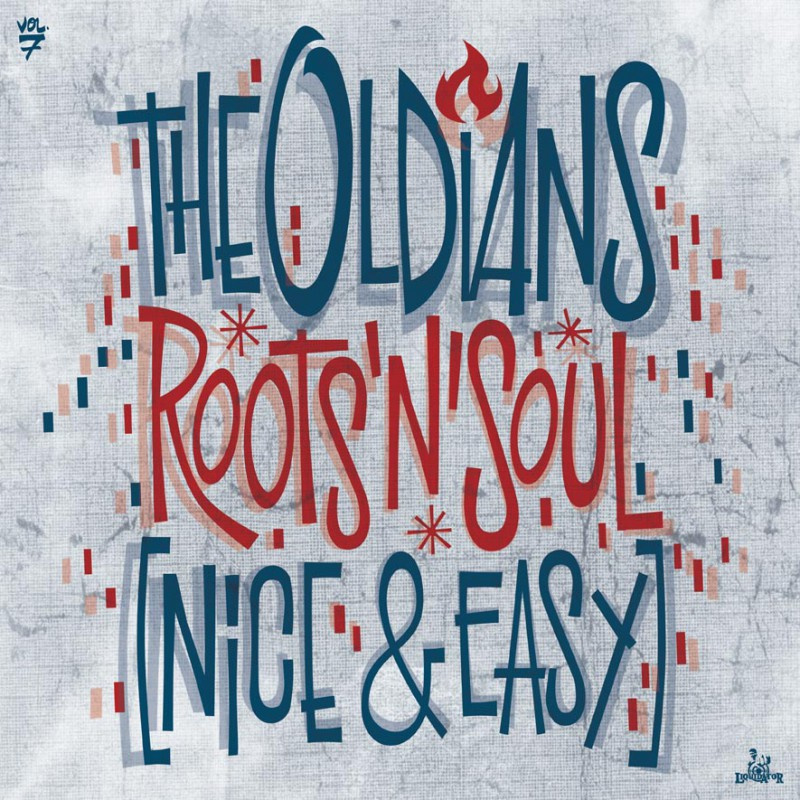 Description:
The Oldians are back again on time to their biennial record release rendez-vous and launch their seventh studio album “Roots ‘n’ Soul – Nice & Easy”: what an awesome skill this from the Catalans, leaded by Javier García (guitars, music, arrangements, lyrics, recordings, mixing) and... what a non-stop pure joy for connoisseurs, band followers and Jamaican music lovers in general it is!

For this new strike The Oldians draw 12 new songs with the root and the soul as the square and the bevel, dropping lines free on their own way and almost eye-blinded, because these kids go like this: nice and easy. This “Roots ‘n’ Soul – Nice & Easy” new album find a perfect-drilled version of the Oldians when playing at the crossroad of Jamaican and Jazz traditions: whether it’s rocksteady time, a ska beat or getting the reggae the band print its signature trademark in every of the album tracks. It comes easy to The Oldians with a well rooted rhythmic base (when occupation meets craftmanship); beautiful it is with those keys on four hand and those dreamland pistons and reeds with its; nice and easy are each and every of the solos you will find in “Roots ‘n’ Soul – Nice & Easy” (top of the crop, that’s what they are). 11 out of the 12 songs of this new collection are lighted by the one and only Saphie Wells, vocalist of the band who might be the guest star at the vocals if only she was not, more than recruited, fully-incorporated to the band: Saphie made the difference in the two previous albums by the Catalans and she glitters again bringing forward the songs to higher levels of magic and seduction.

If this new album is the first release by The Oldians you are holding on your hands, get your turntable on a rush and don’t miss the chance to jump in the legacy of the band: rewind, stop by and enjoy the large discography of the band. If, on the other hand, you already know about this little hidden musical treasure called The Oldians, you better get ready because “Roots ‘n’ Soul – Nice & Easy” is, up to the date, the best of the musical gems of the band. And of course, you will enjoy it just as if this new record wasn’t the last shot of the band ever: you know you can trust them.
Format & package: LP, deluxe edition with embossed cover
Year of release: 2020
Tracks:
A1  Feeling High
A2  Oh! What A Day
A3  A Little Bit Of Trust
A4  The Root
A5  Talking About
A6  The Answer Is Love
B1  Easy Loving
B2  Reaction
B3  If You Don’t Know
B4  Walking By The Line
B5  Hold Me
B6  When The Spring Comes Back