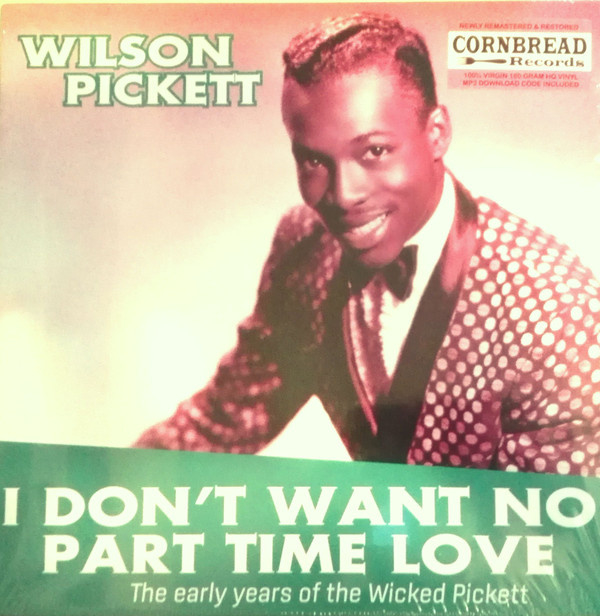 Description: Featuring some of his earliest recordings out of Detroit with The Falcons, and very early solo material, this collection shows the legend of soul music when he was just getting started. Though these are early recordings, Picketts voice is fully formed and some of these tracks are the equals of later hits like "In The Midnight Hour", and "Ninety-Nine and a Half". All tracks recorded in Detroit and New York City between 1959 and 1962.
Format & package: LP on 180 grams vinyl + downloadcard
Year of release: 2016 (compilation)
Tracks:
A1 Pow You're In Love
A2 Feels Good
A3 Billy The Kid
A4 You're On My Mind
A5 Anna
A6 I Don't Want No Part Time Love
A7 What To Do
A8 I Ain't No Crying Man
B1 I Found A Love
B2 Swim
B3 Short And Nappy
B4 Skinny Girl
B5 Lah Tee Lah Tah
B6 Darling
B7 Let's Kiss And Make Up
B8 Take This Love I Got