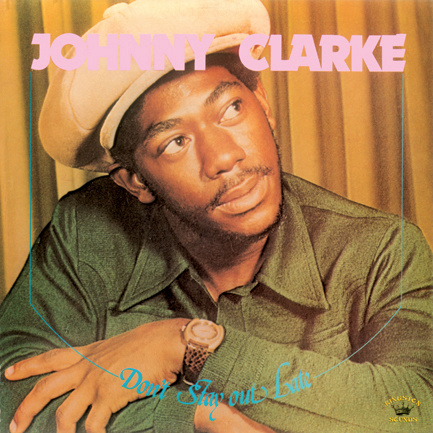 Description:
Johnny Clarke stands tall as one of the great vocalists that ruled the Jamaican reggae scene from the mid 1970’s to the early 1980’s Dancehall period. This re-issue of his ‘Don’t Stay Out Late’ set shows his versatility to sing any song that was put in from of him and make it his own. Under producer Bunny ‘Striker’ Lee’s guidance, Mr Clarke produced a run of singles and albums few could match.
The ‘Don’t Stay Out Late ‘ set incorporates some tracks as we stated earlier made hits by singer John Holt ‘Memories By The Score’, ‘Happy Go Lucky Girl’ as well as some Johnny Clarke originals ‘Blood Dunza’, ‘Judgement Day’, ‘They Can’t Conquer I and I’. Alongside a track made famous by Bob Marley ‘Keep On Moving’ but was in fact a foreign tune written by Curtis Mayfield. All great tracks backed by great rhythms, cut by Mr Johnny Clarke with a voice that few could equal.
Format & package: LP
Record label: Kingston Sounds
Year of release: 2018 (reissued from 1977)
Tracks:
A1 Don't Stay Out Late
A2 Memories By The Score
A3 Judgement Day
A4 Let Him Try
A5 Why Can't I Touch You
B1 Keep On Moving
B2 Happy Go Lucky Girl
B3 Blood Dunza
B4 They Can't Conquer I And I