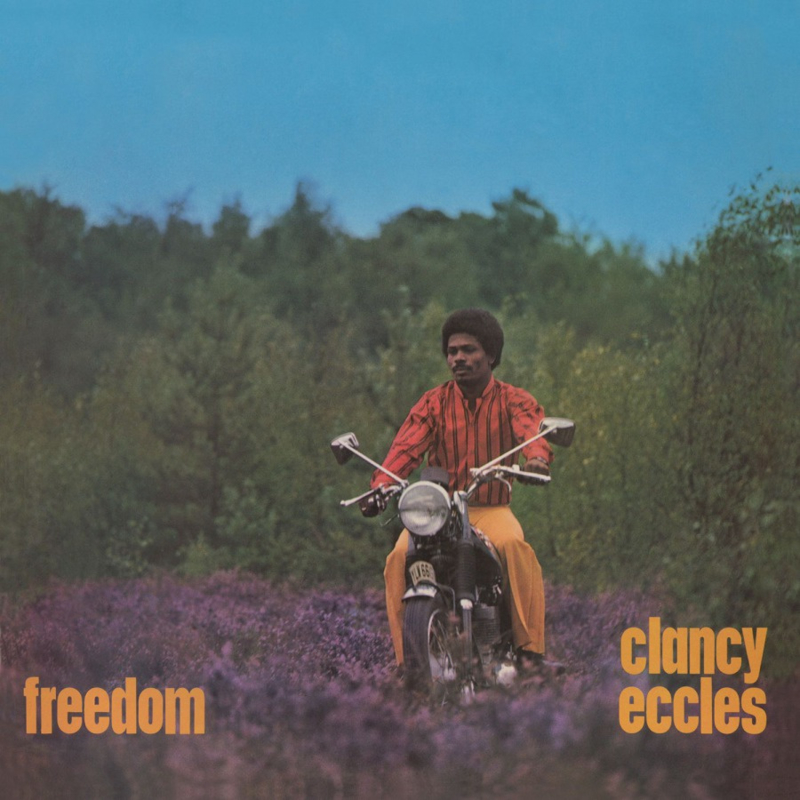 Description:
The development of the rock steady sound, late in 1966, enabled a new generation of young, dynamic music makers to make a mark upon Jamaica’s recording industry and of these, few proved more successful or influential than Clancy Eccles. In 1969 year he scored his biggest hit, the rambunctious ‘Fattie Fattie’, which sold in huge amounts both at home and the UK. The single’s popularity prompted Trojan Records to issue Eccles’s debut long-player, Freedom, which gathered the best of his self-produced recordings as a singer. Freedom’s sleeve photo is one of the classic reggae music images, with Clancy riding a motorcycle through a rugged terrain absolutely screaming relaxed cool.
Available as a limited edition of 750 individually numbered copies on orange coloured vinyl.
Format & package: LP on orange vinyl, limited to 750 copies
Record label: Trojan / MoV
Year of release: 2020 (reissued from 1969)
Tracks:
A1 Freedom
A2 What Will Your Mother Say
A3 Two Of A Kind
A4 The World Needs Loving
A5 Dollar Train
A6 Constantinople
B1 Fattie Fattie
B2 Auntie Lulu
B3 Shu Be Du
B4 My Girl
B5 I Need You
B6 Mounzion