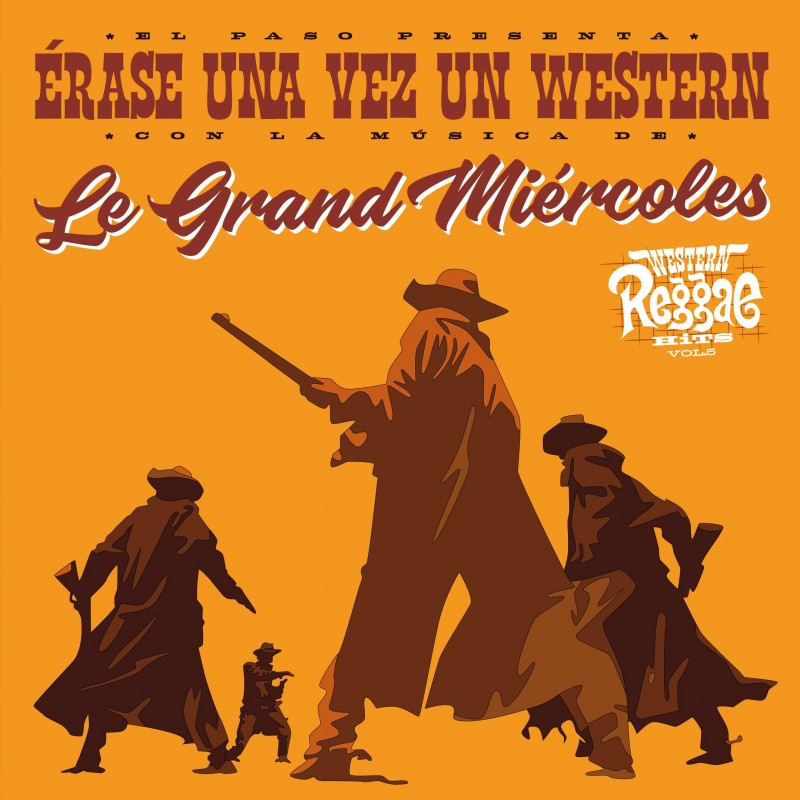 Description:
Once Upon A Time A Western... until his time came. The Surf-Steady kings shoots ‘Érase Una Vez Un Western’ (Once Upon A Time A Western), a new single on vinyl paying tribute to Ennio Morriconne with two tracks from the classic spaghetti western ‘C'Era Una Volta Nel West’ (Once Upon A Time In The West) film by Sergio Leone.
In this audacious mission they enter new rhythms under their belt such as the exotica ska inna afro-latin mood, on the A-side, and a feline swing Jamaican ska on the flip side. Both tunes without losing the gunpowder of the western and the desert surf cinemascope weather, the band’s own brand, as the perfect soundtrack for the ‘Western Reggae Hits’ series on El Paso Records.
With this succulent outlaw rarity, Le Grand Miércoles closes the trilogy of singles that have been releasing in recent times under Liquidator Music label, those three ammo needed in every county sheriff's holster.
Can you hear that spooky melodica?… They are back. Once upon a time a single...
Format & package: 7" single
Record label: El Paso Records /  Western Reggae Hits
Year of release: 2021
Tracks:
A El Hombre De La Melódica
B Farewell To Cheyenne