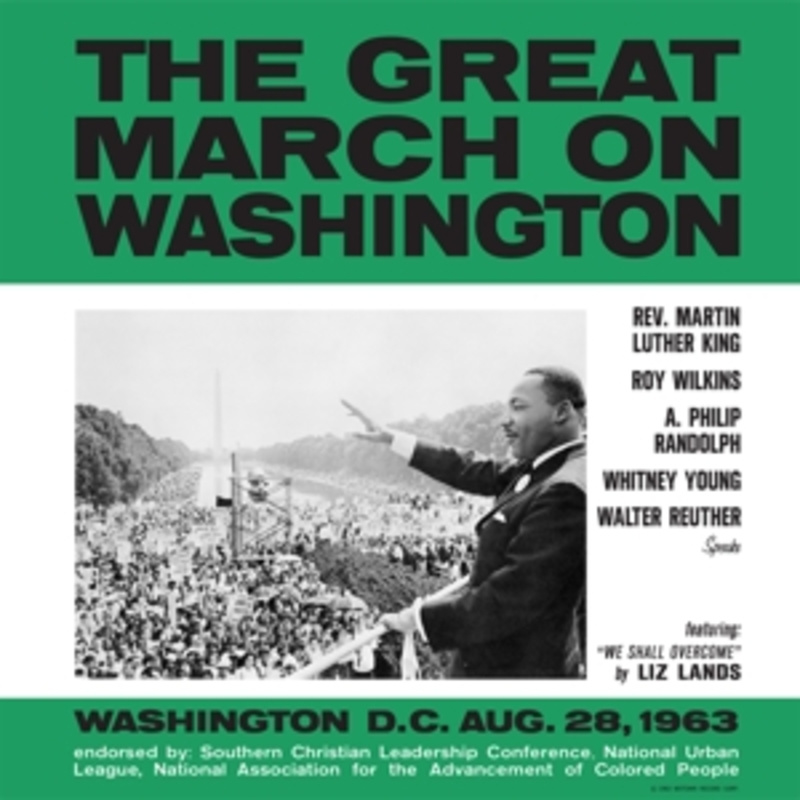 Description:
As well as the legendary speech by Rev. Martin Luther King, Jr., 'The Great March on Washington' also features the famous speech made on August 28, 1963 by civil rights activist and labor union rights leader A. Phillip Randolph, who was one of the leaders and organisers of the Great March. After his seven-minute-plus address, which opens the album, Randolph's erudite voice is heard throughout, as he introduces the day's other speakers. They include Walter Reuther, the president of the United Auto Workers (UAW), a longstanding ally of the civil rights movement; Roy Wilkins, executive secretary of the NAACP, who was named its executive director the following year; and Whitney M. Young, Jr., executive director of the National Urban League and another of the organisers of the March. The album also contains a stirring performance of the gospel staple 'We Shall Overcome', which became an anthem of the civil rights movement. It was recorded at Motown by its artist Liz Lands, who is accompanied by the Voices of Salvation.
Format & package: LP
Record label: Motown Records
Year of release: 2021 (reissued from 1963)
Tracks:
A1. Speech By A. Philip Randolph
A2. Speech By Walter Reuther
A3. Speech By Roy Wilkins
A4 Liz Lands - We Shall Overcome
B1 Speech By Whitney M. Young
B2 Speech By Rev. Martin Luther King Jr.