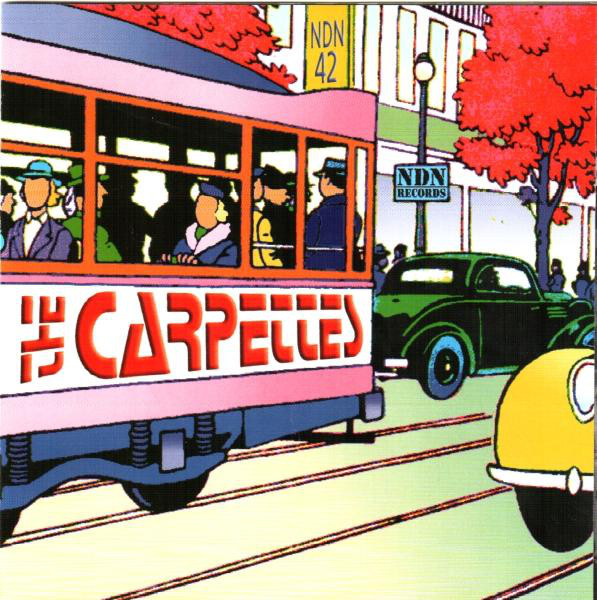 Description:
This is one of those rare cases where a band gets back together and is as good, if not even better than before. Having started in the now magical year of 1977, The Carpettes all but invented pop-punk, debuting on the Small Wonder Records label with the classic 77 7" "How About Me And You". After a couple of albums on Beggars Banquet, the group eventually split up in 1981. What might strike people as a familiar style, listening to this, wasnt actually something terribly common back then. And The Carpettes did the Punk and Pop thing better than the other UK punk bands because it was all Punk energy. They didnt make the songs lighter or jolly because they were a Punk band suddenly doing a poppy number. And they werent weak shite like the Powerpop rubbish. They should have been seen as a rougher Jam, if anything. 13 new tracks recorded in 2005.
Format & package: LP on solid white vinyl
Record label: NDN Records
Year of release: 2005
Tracks:
A1 Nothing At All
A2 Steal Your Thunder
A3 I Don't Like You
A4 Heddy
A5 Taking It Bad
A6 Stop Me
A7 Black/White/Wrong/Right?
B1 Next To You
B2 Waiting For The Dark
B3 Always Wrong
B4 The Way It Is Today
B5 Perfect Girl
B5 Don't Throw It All Away