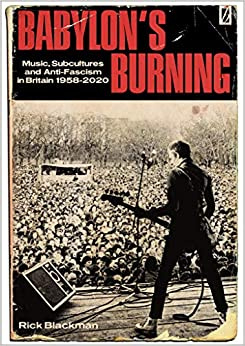 Description:
Three times in the last sixty years musical movements have played a vital role in confronting the rise of fascist organisations in Britain - The Stars Campaign for Interracial Friendship in the 1950s, Rock Against Racism in the late 1970s and Love Music Hate Racism in the first two decades of the 21st century. This book is a tribute to those three musical movements and the musicians, activists and youth subcultures that surrounded them, and an in-depth study of the rise of modern fascist movements and the political strategies needed to defeat them.
Format: Half size
Year of publication: 2021
Number of pages: 327