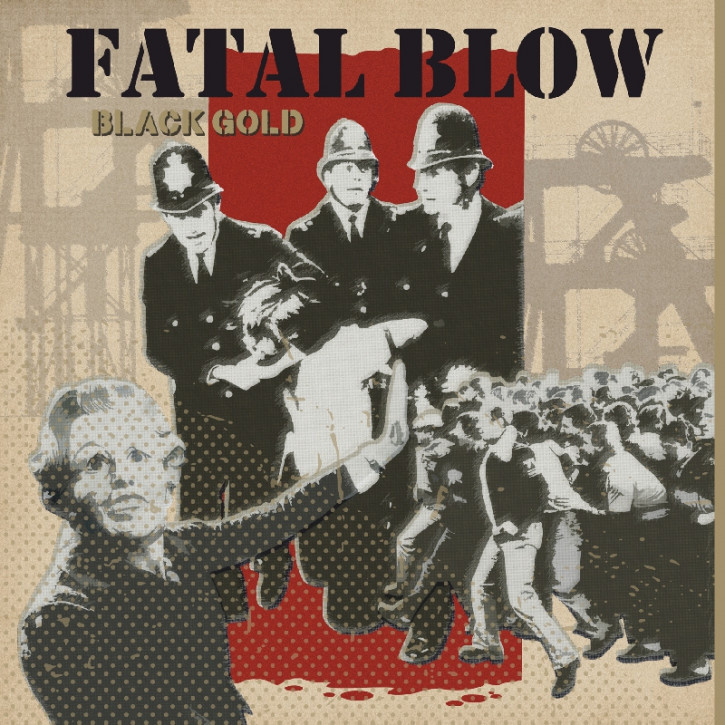 Description:
The album Black Gold touches on the strong working-class roots of industrial towns. From the first Merthyr Rising in 1831 to the miners strikes of the 80’s. The Merthyr Rising, also referred to as the Merthyr Riots, of 1831 was the violent climax to many years of simmering unrest among the large working-class population of Merthyr Tydfil in Wales and the surrounding area.
They seized control of the town for a week and flew the Red Flag for the first time on British soil. From that to the decimation of the Industries in the 80’s. Which resulted in the deep mis trust of the Tory Government. Which is still relevant today as the Tories take care of the richest 1% of society.
Even in 2021 the working class are still faced with the same age-old struggles. The class divide seems bigger than ever.
Where our music and subculture may have been a fashion for some, it isn’t for the Industrial towns and cities. It is a way of life. Working Class Hymns, the bond that brings us together.
Format & package: LP on black or clear vinyl + CD version
Record label: Mad Butcher
Year of release: 2021
Tracks:
A1 Working Class Hymns
A2 We Are The Lions
A3 Black Gold
A4 Red Flag
A5 One Voice
A6 Society
A7 Say My Name
B1 Bring The Fight
B2 Lockdown
B3 Up Against The Wall
B4 Great British Injustice
B5 Skinhead Blues
B6 1969