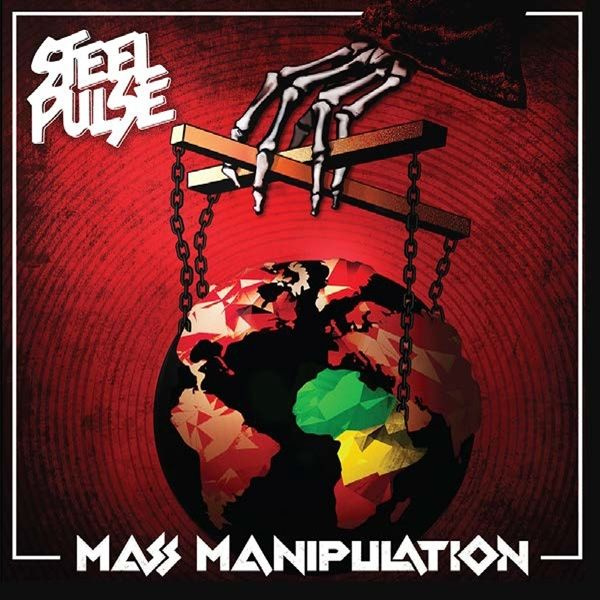 Description:
Bearing witness to the accelerating negativity of globalaffairs, UK reggae legends, Steel Pulse, emerge withmusical vengeance to halt the disarray of humanity.
The band's twelfth studio production, titled Mass Manipulation,reflects four decades committed to bettering mankindthrough music. Steel Pulse continues to be revolutionaryin engaging controversial topics of racial injustice and human rights on a global scale. Their musical stance and conceptualizations are as potent and relevant today as they were at the beginning of their career.
As reggae revolutionaries, Steel Pulse is revered by the younger generation of artists and remains a powerhouse on stages around the globe. Steel Pulse reappears at a fated moment, armed with compassion, encouraging all peopleto reject false ideals, set higher goals, and demand more from themselves to further this unification. Lead singer and guitarist, David Hinds creativity, humanpersona, and visionary views are revealed through inspiring compositions that capture the effects of the African Diaspora. These songs weave and interlock with eachother, enticing all to stand together and unite.
Format & package: Double LP in gatefold cover
Record label: Rootfire Cooperative
Year of release: 2019
Tracks:A1 Rize
A2 Zem Dem
A3 Stop You Coming And Come
A4 Thanks The Rebels
A5 Justice In Jena
B1 Human Trafficking
B2 Cry Cry Blood
B3 Don't Shoot (I Got My Hands Up)
B4 Trinkets And Beads?
B5 No Satan Side
C1 N.A.T.T.Y.
C2 Mass Manipulation
C3 World Gone Mad
C4 Black And White Oppressors
D1 The Final Call
D2 Higher Love (Rasta Love)
D3 Nations Of The World
D4 From Dub-Wise To Dub-Rize