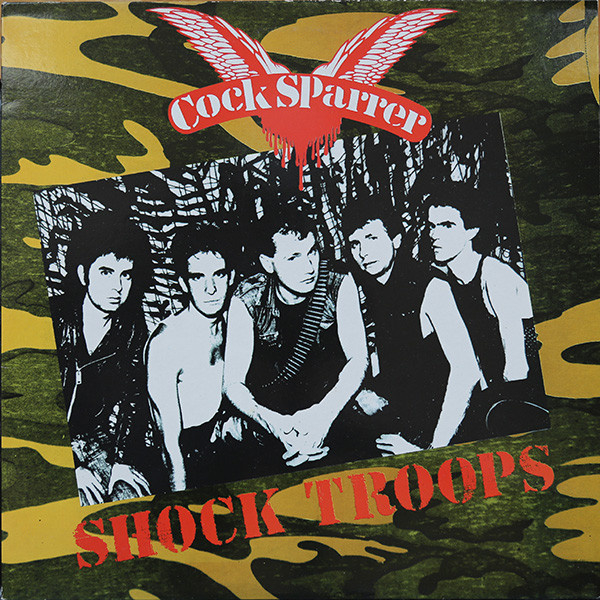 Description:
Some records so perfectly capture an artist at a critical point in their creativity, and make such an impact, that they become not just synonymous with the band, but an essential piece of music history. Such is the case with Shock Troops, the album that not only became Cock Sparrer’s most acclaimed record, but a defining moment for Oi!, punk rock, and underground music in general!
Originally released by Razor Records in 1983, Shock Troops proved to consist of song after song which would each become anthems of the burgeoning Oi! scene and far beyond. From the opening of “Where Are They Now?” on through “Take ‘Em All,” “We’re Coming Back,” all the way to the closing chords of “Out On An Island,” there isn’t a song in the bunch that any self respecting punk rocker can’t shout along to. These working class anthems are just as vital today, as proven by the crowds of beloved fans worldwide that continue to go wild at Sparrer’s live shows, where Shock Troops tracks still make up the heart of their setlists.
This 2021 repress is the 14th(!) press on Pirates Press and limited to 1000 copies black ice with white moon phase vinyl.
Format & package: LP on black ice (?) vinyl.
Record label: Pirates Press
Year of release: 2021 (reissued from 1983)
Tracks:
A1 Where Are They Now?
A2 Riot Squad
A3 Working
A4 Take ‘em All
A5 We’re Coming Back
B1 Watch Your Back
B2 I Got Your Number
B3 Secret Army
B4 Droogs Don’t Run
B5 Out On An Island