The Bleechers - Come Into My Parlour 7" 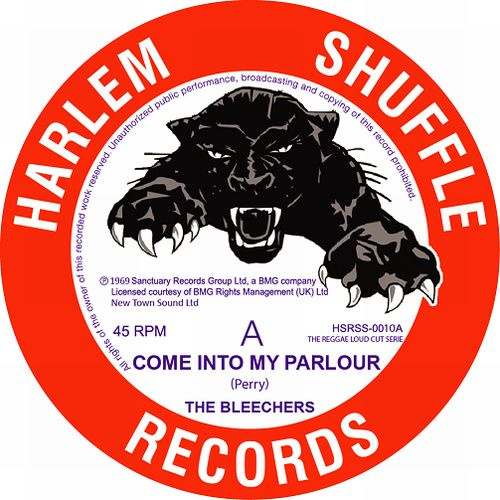 Description:
The Bleechers were a Jamaican harmony trio who formed around 1968, when they performed some studio work for producer J.J. Johnson. The Bleechers are better known though, for a series of outstanding singles they recorded with famed producer Lee "Scratch" Perry a year later, including the ultra-rare smash hit "Come Into My Parlour" and the brilliant "Check Him Out", both featured on this single. Sadly no album was ever completed.
After disbanding, Leo Graham carried on recording for Lee Scratch Perry as a singer and he wrote a handful of great songs such as the lovely 'Want A Wine' in 1972 and the amazing 'Black Candle' in 1973. Finally, another track Graham recorded for Perry 'Voodooism' gave its name to an anthology of Perry-produced Black Ark rarities some 30 years later…
Format & package: 7"
Record label: Harlem Shuffle
Year of release: december 2021 (reissue)
Tracks:
A Come Into My Parlour
B Check Him Out