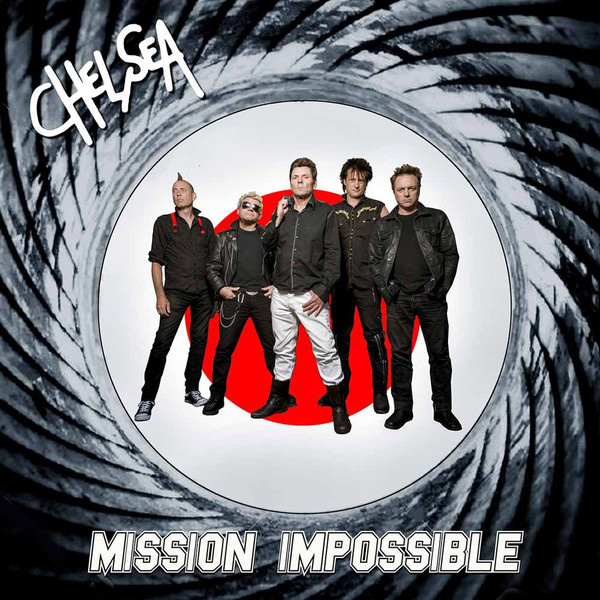 Description:
Chelsea return with their 11th studio album. “Mission Impossible” will please fans, its Chelsea doing what they do best, anthemic powerful and catchy. Chelsea gave the Punk movement many of its anthems, “Right To Work” being a landmark single.
“Mission Impossible” is the follow up to 'Saturday Night Sunday Morning'. Released in 2014 and was Chelsea's first album in 10 years so the fans were ready for a new album. A killer line-up with James Stevenson from the first recording line-up and Nic Austin from the Evacuate period both on guitar. The album did very well and for the 40th anniversary the record company released the Chelsea Anthology box sets of the complete studio recordings & unreleased demos. All the studio albums were also reissued on limited edition coloured vinyl which got the collector fans wanting more.
With two years of killer festival appearances and growing show attendances this is a band on form. Full of energy and spunk,  showing no sign of age. Chelsea have been overlooked in the past, that’s all over. If only all bands that have done the distance sounded this good with its main members still key protagonists! Mission Impossible? Not for these guys!
Format & package: LP on clear vinyl in gatefold cover
Record label: Let Them Eat Vinyl
Year of release: 2017
Tracks:
A1 Mission Impossible
A2 I Can't Take This
A3 Control
A4 Fashion
A5 I Don't Know I Don't Care
A6 Jackie's Got A Gun
A7 Just Like Me
B1 Suit In The Spotlight
B2 Let Me Go
B3 You're No Fun
B4 Old Town
B5 Sands Of Time
B6 Something In The Air
B7 Sun Stop Shining
B8 Make It Happen