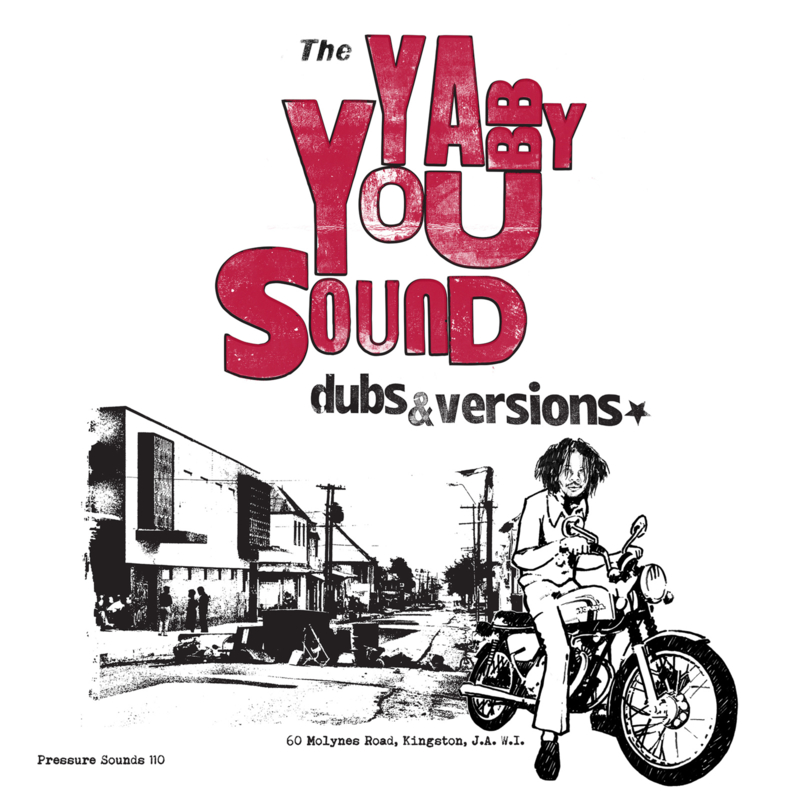 Description:
UK import!
In the early 1970s the island of Jamaica, and in particular its reggae musicians, developed a love affair with small Japanese motor bikes. Honda bikes were eulogised in Big Youth’s ‘S90 Skank’ and Dillinger’s ‘CB200’, whilst their rival was lauded on Shorty The President’s ‘Yamaha Skank’, to name the most obvious examples. Vivian ‘Yabby You’ Jackson had been fiercely independent as a singer and producer, and the success of his early self-pressed productions, mostly on the Prophets or Vivian Jackson labels, had given him a sense of hard earned autonomy. A motorbike was one of the fruits of his labours, acquired as a way of zipping around the capital’s roads to deliver records and organise recording sessions.

His wife Jean could often be see hanging on to the back. Twelve years after his death, she remembers various exploits on the pot-holed roads of Kingston. Jean Vencella Williams: ‘His first motorbike was a Honda 50 and then a 100, a Yamaha. He had a little carrier thing for boxes of records, so we go to Mandeville in Manchester, sometimes to Spanish Town fe sell records. Most of the time he sell them to the shops, like Randys, and the people them buy it from there. This album presents a sample of the best of those ‘Dubs and Versions’ that Yabby was ferrying around town, whether rarities, B-sides or tracks culled from albums that showcase the breadth of Yabby’s productions between 1975 and 1982. This release comes with sleevenotes original artwork.
Format & package: Double LP
Record label: Pressure Sounds
Year of release: april 2022
Tracks:
A1 Tribal War Dub
A2 Creation Rock Version
A3 United Africa Dub
A4 Lord Of Lords Dub
A5 Dub U So Side
B1 Black Is Our Colour Dub
B2 Vengeance In Dub
B3 Heads A Roll Dub
B4 Repatriation Rock
B5 Death To All Racist
C1 Aggression Dub
C2 Warrior No Tarry Yah Version
C3 Now I Know Dub
C4 Mash Down Rome Dub
C5 Babylon A Fall Dub Side
D1 Man Of The Living Dub
D2  Time Changing Dub
D3 Turn Me Loose Dub
D4 Chanting Version
D5 Yabby U Sound