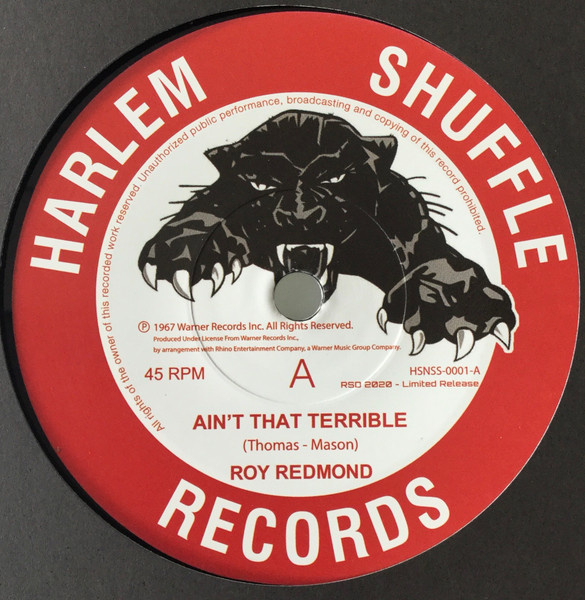 Description:
Very little is known about Roy Redmond besides the fact he recorded 4 songs and 2 singles in 1967 for Loma Records, a Warner Bros subsidiary that is well known by Norther Soul/6os Soul aficionados. Redmond's largest success is probably his soulful cover of The Beatles 's 'Good Day Sunshine', considered by some as one of the best Beatles covers.
His other single is a more obscure affair featuring on the A side 'Ain't That Terrible' and on the flip 'A Change Is Gonna Come' a very fine cover of the Sam Cooke's classic - beautiful stuff. The A side is a stylish, uptempo, relentless Northern Soul piano stomper that will get Soul fans up and movin their arses in no time!
This is pure undergound Northern Soul at its absolute best. To be played often and loud. Keep the faith!
Format & package: 7"
Record label: Harlem Shuffle
Year of release: 2020 (reissued from 1967)
Tracks:
A Ain't That Terrible
B A Change Is Gonna Come