The Krontjong Devils - Music From The Stars, Vol. 1 LP 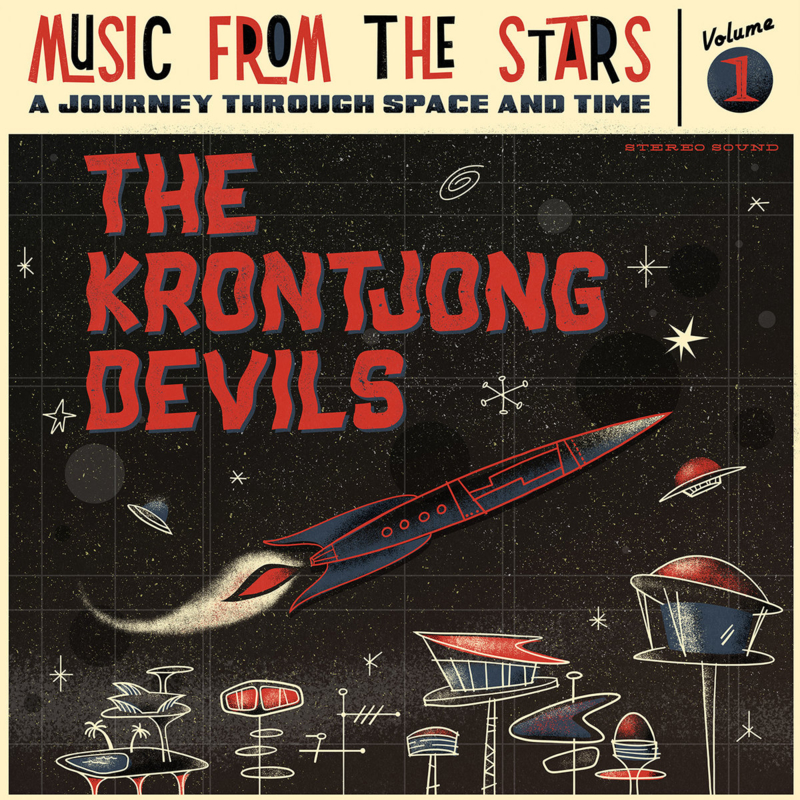 Description:
Since the early nineties The Krontjong Devils from Groningen, Netherlands provided the world with their so-called Oetsound - instrumental surf music with a fine dose of "je ne sais quoi". 'Music From The Stars' is their fifth full length album. On this album the boys broaden their musical horizon by introducing 'Music From The Stars' like Donna Summer, Jean Michel Jarre and Julio Iglesias to their repertoire without departing from their familiar Oetsound. Familiar pop-melodies are uplifted to another level where they shine in a refreshingly new and dangerously cool new light.
Format & package: LP
Record label: Topsy Turvy Records
Year of release: 2022
Tracks:A1 Call Me
A2 Oxygen IV
A3 Take On Me
A4 Cambodia
A5 I Feel Love
B1 Gangsters
B2 The Force
B3 Aurora
B4 Quiero
B5 Chariots Of Fire