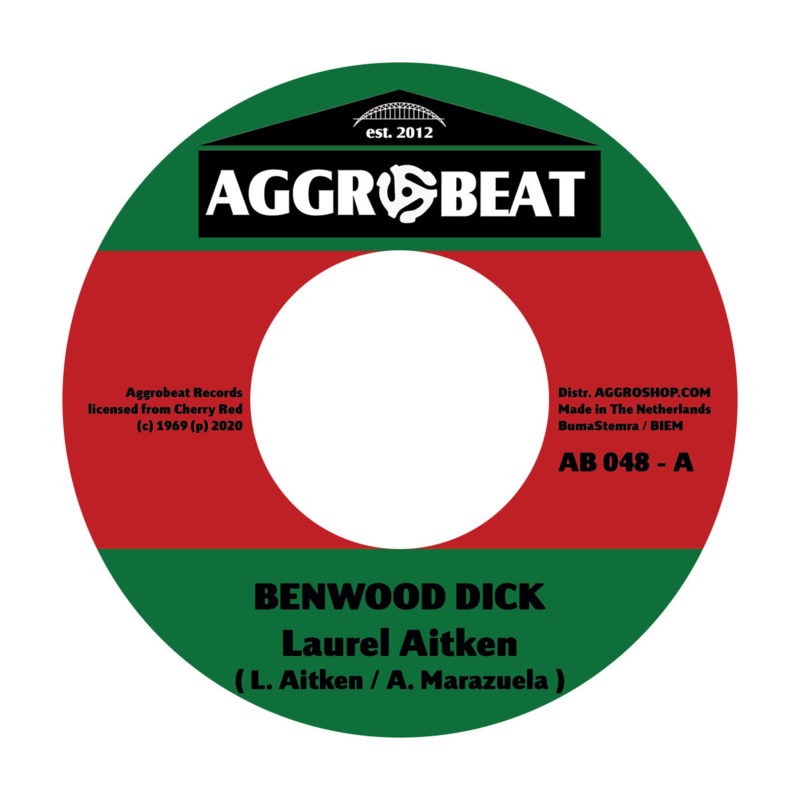 Description:
'Benwood Dick / Apollo 12' is one of the most collectable Laurel Aitken singles. It was originally issued in 1969 as a pre-release only, but sadly the final release was cancelled and replaced with the - less sexual orientated - 'Mr. Popcorn' single.
Where the suggestive lyrics of 'Benwood Dick' on the A-side deal with the topic of a big shaped man, the B-side starts off with Aitken chanting: "This is a sensation, all over the nation. Read all about it! Read all about it! Skinhead invasion!". This explains why the song 'Apollo 12' is also known as 'Skinhead Invasion'. The song is carried by a heavy base line which makes the song suitable for some good moonstomp dancing. By its skinhead references the song 'Apollo 12' gained a cult status among followers of the skinhead subculture.
Despite the cult status this is the first time since its release over fifty years ago that this single is being reissued in its original format. Exclusively for this reissue we have remastered both songs for vinyl to deliver the best possible sound quality. The single is pressed on recycled eco vinyl(!) and includes a heavy weight insert with liner notes.
Format & package: 7" single
Year of release: 2020 (reissued from 1969)
Tracks:
A Benwood Dick
B Apollo 12 (Skinhead Invasion)