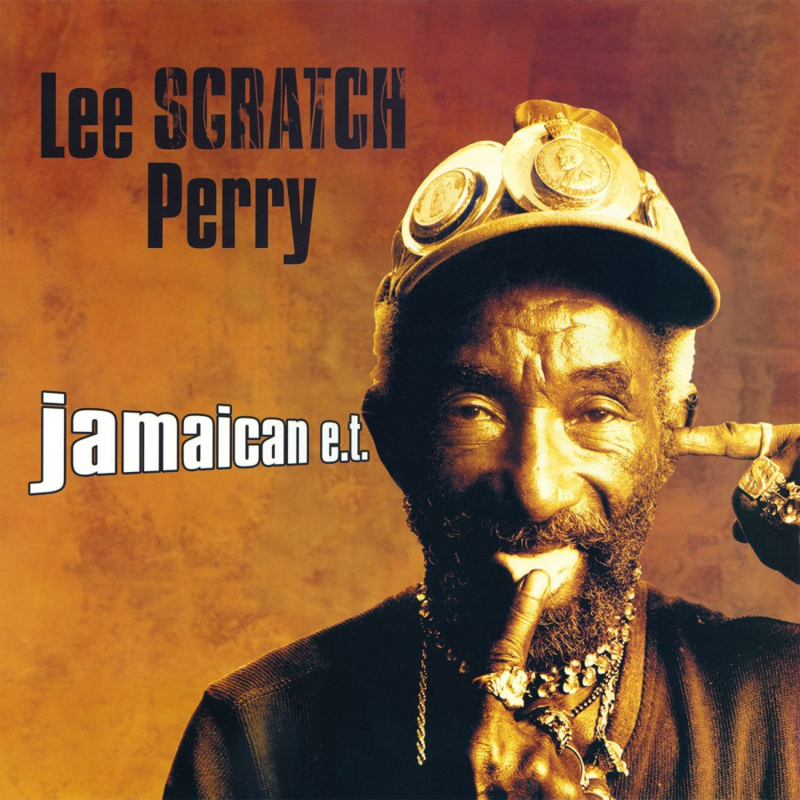 Description:
Lee 'Scratch' Perry's 2002 album Jamaican E.T. marked his 'comeback'. The extra-terrestrial is back with some groovy reggae which creates a bridge between dub, roots and hip hop. But in the end it never ventures to far away from the traditional reggae. The album continues in showing his fascination with aliens, drugs and religion. His own voice is often multi-layered and contrasting with each other. In 2003, the album won a Grammy Award for Best Reggae Album.
Lee 'Scratch' Perry was a pioneer in the 1970s development of dub music and worked together with artists such as Bob Marley and the Wailers, The Clash and The Beastie Boys. Up until his passing, Perry was active in producing and performing his music.
Format & package: Double LP
Record label: Music On Vinyl
Year of release: 2022 (reissued from 2002)
Tracks:
A1 10 Commandments
A2 I'll Take You There
A3 Message From the Black Ark Studios
A4 Holyness, Righteousness, Light
B1 Babylon Fall
B2 Mr. Dino Koosh Rock
B3 Hip Hop Reggae
B4 Evil Brain Rejector
C1 Jah Rastafari, Jungle Safari
C2 Love Sunshine, Blue Sky
C3 Clear the Way
C4 Congratulations
D1 Shocks of Mighty
D2 Jamaican E.T.
D3 Telepathic Jah a Rize