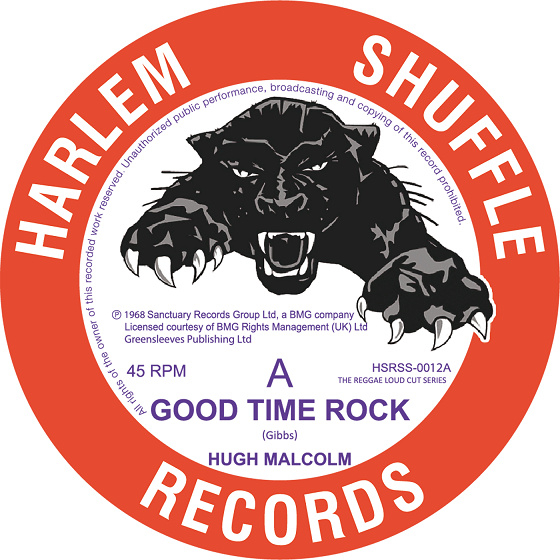 Description:
Hugh Malcom was a drummer in the The Upsetters (the Lee Scratch Perry studio band) first line-up and in Tommy MCCook’s The Supersonics. Formed in 1968 the Upsetters had three different line-ups. The first line-up included Gladdy Anderson & Winston Wright on keyboards, Jackie Jackson on bass, Hugh Malcom & Lloyd Adams on drums. They were also known as Gladdy's All-Stars. They recorded "Man from MI5", "Return of Django" & "Live Injection" with Perry.
The Supersonics were formed by Tommy McCook after The Skatalites split caused by Don Drummond incarceration for murdering his girlfriend in 1965. McCook left Studio One to join the Treasure Isle label. The Supersonics were a mix of old partners from The Skatalites and new talented musicians. They were one of Jamaica's most creative and productive bands ever. Tommy MCCook was the band leader and he led them until they disbanded on a trip to Montreal Canada in 1969.
Hugh Malcolm was a great drummer, interestingly he was also a good singer as this double sider demonstrates. He recorded just three vocal songs: 'Good Time Rock', 'Love Brother Love' (aka Hands Of The Wicked), 'Mortgage' (Your Land), and one instrumental 'Come Brothers', all in 1968.