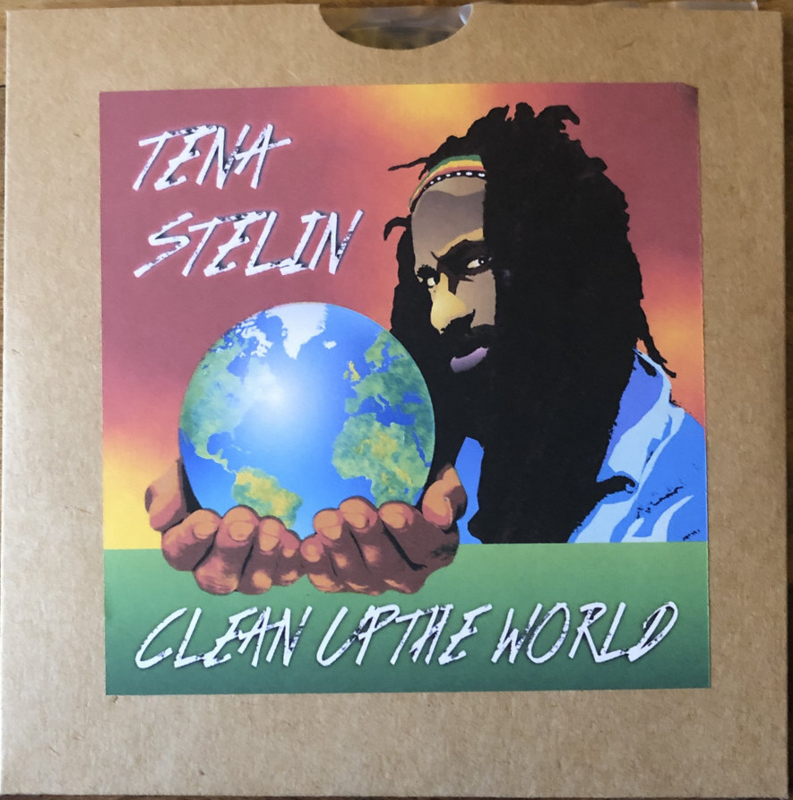 Description:
'Clean Up The World' was originally recorded at Channel One UK, circa 1990 but the tape was accidentally wiped and lost. The lyric resurfaced on the classic Tenastelin meets Centry 'Sun & Moon' LP on Conscious Sounds 1992 (recently reissued on Partial Records 2020).
The full riddim was rebuilt from the original drums at Seventh Sense studio (& released on Seventh Sense & Mene Man's 'Who are You 12" on Jah Works label in 1999) - the rhythm has now further been updated at Earth works studio with additional instruments including a brass section. In late 2020 Tena Stelin stepped back up to the microphone and re-voiced this lost classic.
Jah Works is delighted to present the resulting fresh-vintage anthem, that remains as relevant (if not more so) than when it was first voiced 30 years ago.
Format & package: 7", DUBPLATE
Record Label: Jah Works
Year of release: 2021
Tracks:
A Clean Up The World
B Clean World Version