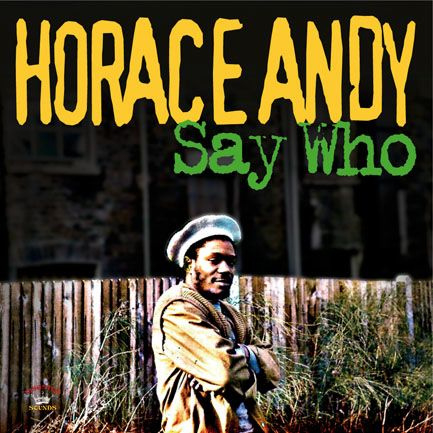 Description:
Horace Andy has always commanded a place high on the list of Reggae singers from Jamaica. His distinctive haunting vocal style stands strong on any rhythm, song or style he chooses to cover. Of the singers on that long list, he has managed more so than any other, to crossover to a new generation of listeners due to his individual style, helped also by his collaborations with the likes of Massive Attack.
Horace Andy (b. Horace Hinds,1951,Kingston Jamaica) like many other Jamaican singers began his musical career at Coxsonne Dodd’s Studio One. After numerous singles and two albums worth of material, Horace moved on to work with many of the top flight Jamaican producers, among them Keith Hudson, Augustus Pablo and Niney the Observer, but it was his work with producer Bunny Lee
in the 70’s that he cut most of his hits for and from this stable of work, that we have compiled this set. Some of his late 60’s classics were recut in the popular 1970’s style, working with the rhythm kings themselves, Sly Dunbar and Robbie Shakespeare.
They have added some shine to the tracks, ‘Something On My Mind’ and ‘Skylarking’ and made them hits all over again. Such was Horace’s delivery to the covers he sang like Delroy Wilson’s version of the Tams ‘Riding For A Fall’, the Heptones ‘My Guiding Star’, John Holts ‘Man Next Door’ and Bill Wither’s ‘Ain’t No Sunshine’, that these fine tunes were made his own. The roots end of his musical style was covered by Andy originals such as ‘You Are My Angel’, ’Zion Gate’, ‘Money Money’ and the cut which we have taken our edited title, the timeless ‘Just Say Who’. A bass heavy cut to Bob Marley’s ‘Natural Mystic’ works so well in this style also.
Another nickname Horace acquired was the affectionate title of Sleepy, as he was always hanging around the yards and studios of Jamaica waiting his turn, sometimes so long he would fall asleep. His enthusiasm to get back in the studio to work some more of his magic, to a catalogue of material that has developed into one of the finest in Jamaica.
Format & package: LP
Record label: Kingston Sounds
Year of release: 2012 (compilation)
Tracks:
A1 You Are My Angel
A2 My Guiding Star
A3 Just Say Who
A4 Money Money
A5 Skylarking
A6 Something On My Mind
A7 Riding For A Fall
B1 Zion Gate
B2 Natural Mystic
B3 Love Of A Woman
B4 Don't Try To Use Me
B5 Man Next Door
B6 Better Collie
B7 No Man Is An Island