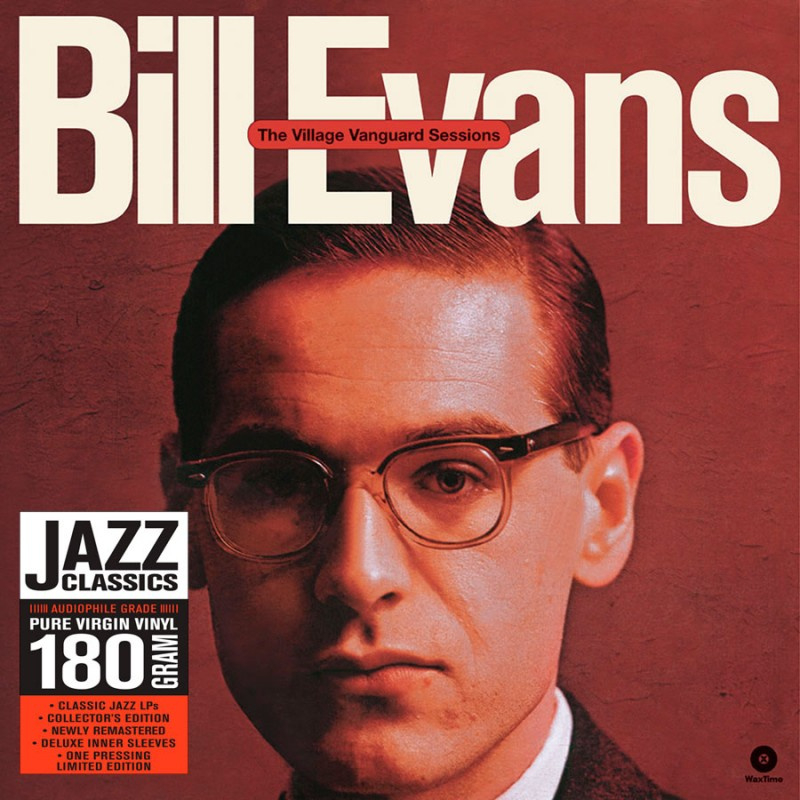 Description:
This release presents all master takes from the legendary 1961 Village Vanguard sets by the Bill Evans Trio. Two classic albums were culled from these sets: Sunday at the Village Vanguard (Riverside RLP9376) and Waltz for Debby (Riverside RLP9399). It would be the last recording by this formation of the group, with Scott LaFaro on bass, and Paul Motian on drums, as LaFaro died ten days later in a car crash, on July 6, 1961, at the age of 25. Evans, who loved LaFaro’s playing, would take a long hiatus before forming a new trio.
The celebrated Village Vanguard was, and fortunately still is, a jazz club located at 178 7th Avenue South in Greenwich Village, New York City. It was opened on February 22, 1935, by Max Gordon and at first, it also featured other forms of music such as folk music and beat poetry, but it switched to an all-jazz format in 1957. Over 100 jazz albums have been recorded at the venue since the (originally single) album under Sonny Rollins’ name in 1957. The two most famous engagements in the club’s history are probably those of Bill Evans (presented here) and John Coltrane, both of which took place in 1961. Joe Zawinul made his recording debut at the venue on The Cannonball Adderley Sextet in New York, and even Wynton Marsalis regularly recorded at the club in the early 1990s. Other musicians to release notable albums taped live at the Village Vanguard include Dexter Gordon, Art Pepper, Chris Connor, Keith Jarrett, Bill Frisell, Woody Shaw, Joe Henderson, Gerry Mulligan, Michel Petrucciani, Kurt Rosenwinkel, Barbra Streisand and Brad Mehldau, among many others. Since Max Gordon’s death in 1989, and until her death in 2018, the club was run by his widow Lorraine Gordon.
Format & package: Double LP
Record label: Waxtime In Colour
Year of release: 2021 (reissued from 1981)
Tracks:
A1 My Foolish Heart
A2 My Romance
A3 Some Other Time
A4 Alice In Wonderland
B1 Solar
B2 Gloria's Step
B3 My Mans Gone Now
C1 All Of You
C2 Alice In Wonderland
C3 Porgy
D1 Milestones
D2 Detour Ahead
D3 Walz For Debby
D4 Jade Versions