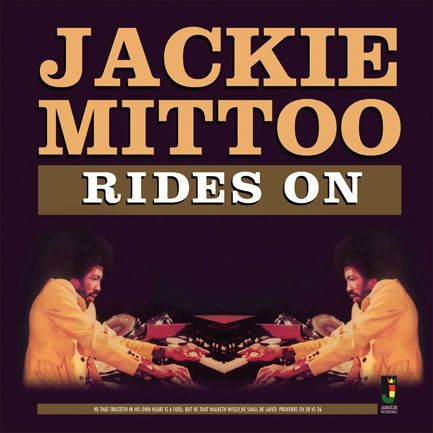 Description:
UK import!
Jackie Mittoo, organ and piano maestro, was also one of the founding members of Jamaica's top session band The Skatalites. Musical arranger for Studio One he provided the backbone to so many of Jamaica's finest tunes. The invention of Ska music and the sounds that rode through the Rocksteady and Reggae period all carry his stamp. Whether it be in his various incarnations, the aforementioned Skatalites, The Soul Brothers, Soul Vendors and the Sound Dimension or under his own name, his distinctive organ and piano sound and musical arrangements have all played a major part in Jamaica's musical history.
Jackie Mittoo emigrated in the late 60's to Canada, but travelled to Jamaica and London to record with many of the big new names, who were trying to redress Studio One's supremacy and needed his magic touch. Such Producers as Bunny Lee used Jackie Mittoo on many of his sessions, Sugar Minott among others were always glad of his services.
This compilation captures some fine 1970's cuts that feature Jackies numerous talents, showing his ability to embellish tracks with a feel that few could better, Musical arranger, band leader all round studio ace.
Format & package: LP
Record label: Jamaican Recordings
Year of release: 2008 (compilation)
Tracks:
A1 Jah Jah Harmony
A2 Natty Congo Rides On
A3 Soulful Times
A4 Jumping Up
A5 Freedom Smile
A6 Taking You Somewhere
B1 Nanny Skank
B2 Look At Life
B3 Hard Times
B4 Pray To Play
B5 Too Bad Bull
B6 No Get Dub Over