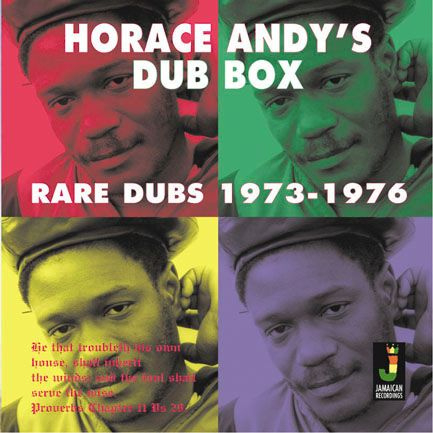 Description:
UK import!
Horace Andy must process one of the sweetest and most distinctive voices in reggae music . 1951 in Kingston Jamaica. He cut his first track in 1966 for producer George ‘Phil’ Pratt, a tune called ‘Black Man’s Country’. But it was four years later his star really began to shine when he joined the stable of Clement ‘Coxsone’ Dodd’s Studio One. It was Coxsone Dodd who renamed him Andy after another of his leading artists Bob Andy, such was his belief in Horace’s writing talent and singing abilities. Still only twenty years of age Horace used his falsetto talent to the fore and cut some impressive tracks at 13 Brentford Road, Studio One’s headquarters. Such reggae standards as ’Skylarking’, ‘Just Say Who’, ‘Love of a Women’ and ‘Something on my Mind’ to name but a few.
The early 1970’s saw Horace due to political reasons move on to work with producer Bunny Lee, a move that suited his talents and beliefs, Horace being an early advocate to the Rastafarian faith.The tracks which he cut with Bunny, which we concentrate on here gave his songs a rootsy feel. The rhythms often cut at Channel ONE and Randy’s Studio17 and finalised at King Tubby’s, provided a fine backbone for Horace to recut some of his earlier classics, along side his newer songs also to become reggae standards.
Format & package: LP
Record label: Jamaican Recordings
Year of release: 2002 (compilation)
Tracks:
A1 Why Oh Why Dub
A2 Dub Larking
A3 Zion Dub
A4 Dub Money
A5 A True Dub
A6 Dub Guidance
B1 Dub Say Who
B2 Dub On My Mind
B3 Love Of A Dub Band
B4 Use This Dub
B5 Dub Letter
B6 Dub Angel