Roy Ellis aka Mr. Symarip and Cosmic Shuffling ‎- Shine Your Light On Me 7" 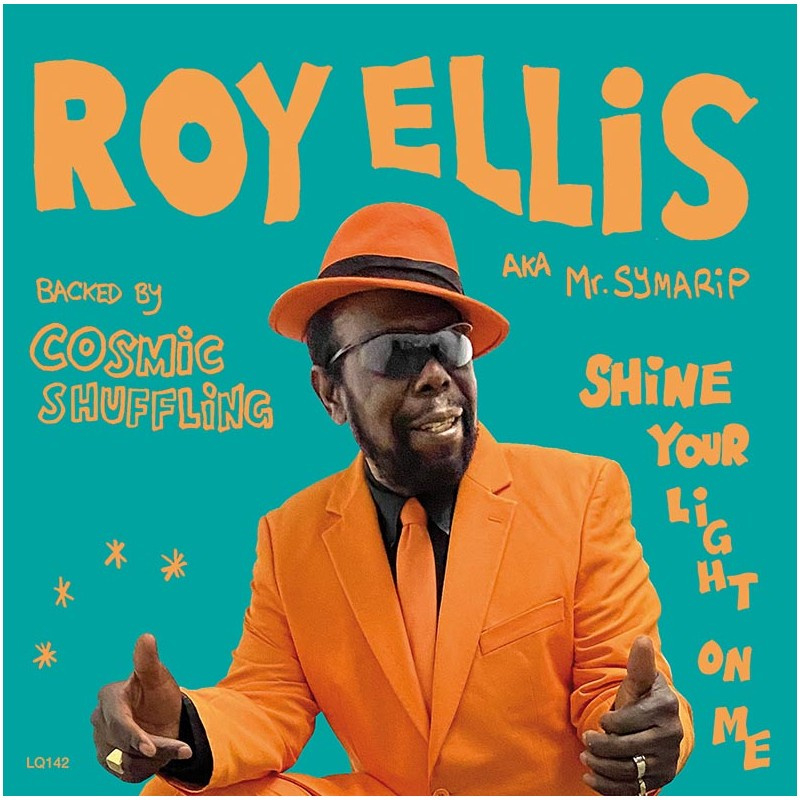 Description:
Roy Ellis releases this new single featuring his Swiss backing band, Cosmic Shuffling, one of the best traditional Ska and Rock Steady acts from central Europe.
Jamaican artist Roy Ellis has toured with Cosmic Shuffling during the last years and from the good experiences and vibes resulting from the gigs together, they decided going to the studio for recording this single entitled ‘Shine Your Light On Me’ which is a great reggae stomper to hit the dancefloors.
As the Cosmic Suffling explains: “Playing with Roy is an amazing experience for the band who never worked as a backing band before. Members of Cosmic Shuffling used to back some foundation reggae artists under different band names (Najavibes, Green System, Horsemouth & The Reggae Virus, Positiv Band), but with Roy was their first experience playing rocksteady and boss reggae in front of such a dedicated audience. Skinheads moved from all over the country to see The Boss himself singing his greatest hits and doing somersault on stage, it was pure entertainment at the highest level and Roy loves playing with Cosmic Shuffling because the band has this authentic Jamaican raw feel on stage”.
Roy Ellis doesn’t needs much introduction nowadays, his first compositions were recorded in 1964 with the top of the cream from Jamaican artists at that time. Up to date, has released over 60 records and sold millions of copies, specially with his album on Trojan Records from 1969 ‘Skinhead Moonstomp’ which has sold over 7 million copies and still is one of the label’s best sellers.
Format & package: 7"
Record label: Liquidator
Year of release: 2022
Tracks:
A Shine Your Light On Me
B Merry-Go-Round