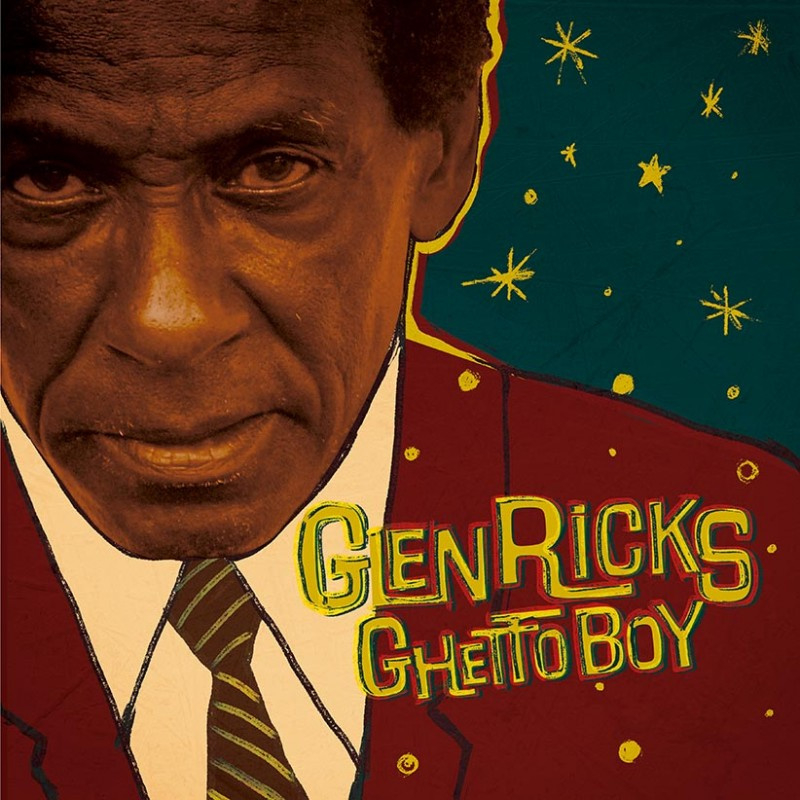 Description:
Glen Ricks is one of a kind, a powerful singer and a songwriter with a unique soul tone who is known as the Al Green of Jamaica.
Born in Jamaica, Glen emigrated to Canada in 1967 when he was 14 years old, and attended Kitchener Waterloo Collegiate Institute (KCI). Even before he came to Canada, he was already playing the recorder and the violin. There he began singing in high school bands, and after leaving school he decided to pursue a music career.
Arriving in Toronto in 1969, he entered a talent contest where he met the first place winners, a group of guys from Jamaica called "The Fabulous Flames". Impressed with his stagecraft, the group soon found that Glen had musical talent in abundance. Glen joined the group, which also featured Lloyd Lovindeer and Kirk Salmon.
Soon after they went to Jamaica and did their first recording "Holly Holy", a cover of the Neil Diamond hit. The recording featuring Glen's voice was done with legendary producer Clancy Eccles. The song became a big hit, sparking the creation of their first album that spring a second single called "Growing Up" which also became a hit.
When the group split in the seventies, each member pursued a solo career. Glen began traveling to the United States to pursue a solo career. It's during this period that he went to Chicago and met his idol, Donny Hathaway. He was given the opportunity to work closely with Donny which took his music and talent to an even higher level. Then Glen returned to Canada, where he had a successful career as a singer, gaining a contract with CBS Records Canada Ltd. when he caught the attention of David Clayton-Thomas of the Blood, Sweat and Tears group.
Late in the eighties he returned to Jamaica, establishing himself as an in demand singer with leading producers like King Jammy, Phillip “Fatis” Burrell, Bobby “Digital” Dixon and Lloyd “Pickout” Dennis. Now he joined forces with legendary producer Linval Thompson and  renowned producer and musician Roberto Sánchez. Together they recorded the album you are holding in your hands right now for one of the finest international ska and rocksteady labels; Liquidator Music. Sit, listen and enjoy this musical adventure.
Format & package: LP
Record label: Liquidator
Year of release: 2022
Tracks:
A1 You And Me
A2 Ghetto Boy
A3 Time
A4 Woman
A5 Always On My Mind
B1 Can't Let You Go
B2 Mood For Love
B3 Made My Change
B4 Big City
B5 Silhouettes