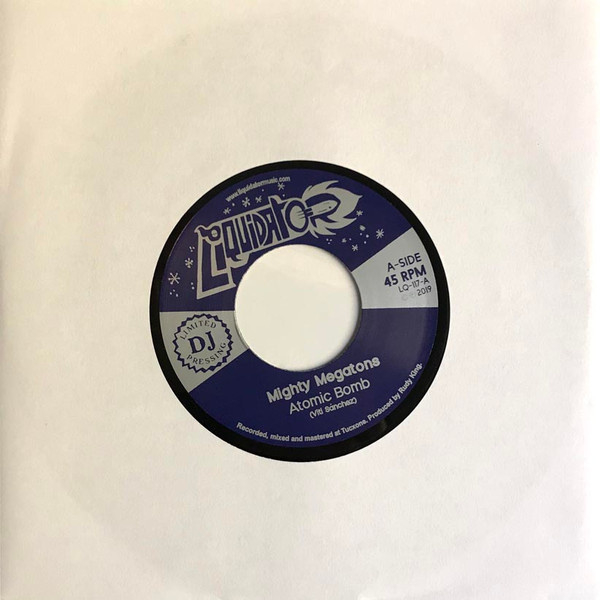 Description:
The new classic-Jamaican-sounds super-band from Madrid, the Mighty Megatons, releases their debut single as a limited 7″ vinyl to 500 copies only, which is out on Liquidator Music label.
The band started playing live in 2018, we saw them backing Alpheus in Madrid, at Rototom Sunsplash, Reggaeboa festival and some other shows in the Spanish territory, but not only backing Alpheus, also playing gigs presenting their own stuff and backing other Jamaicans like Roy Ellis.
With this brand new single they present two tracks: a Blue Beat and a Ska old flavored tunes, an instrumental and a vocal, that keeps the original Jamaican spirit, sound and attitude alive. This long awaited release is going to be the first one, but they plan to keep releasing new stuff periodically. Meanwhile, the band is confirming dates, they will be playing with Alpheus and also backing Roy Ellis in several cities in 2019.
Format & package: 7"
Record label: Liquidator
Year of release: 2019
Tracks:
A Atomic Bomb
B I Want To Know