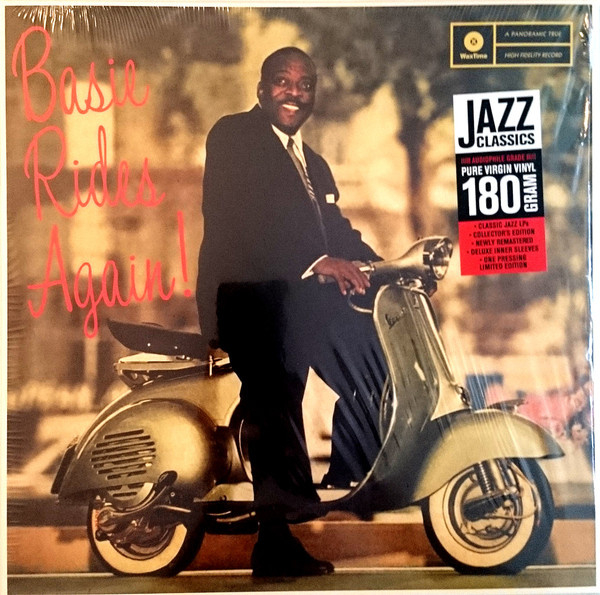 Description:
Remastered limited collector’s edition 1956 album, ‘Basie Rides Again!’ was issued by Norman Granz on his Verve label in 1956, but the materials included there derived from various 1952 Count Basie sessions which Granz had partly released a few years before on Clef.
The release of that album in late 1956 marked the beginning of a glorious new phase in Count Basie’s career during a time in which sustaining a big band was extremely difficult due to the change of musical tastes. The two tracks ‘Extended Blues’ and ‘No Name' have been included as bonus tracks.
Format & package: LP
Record label: Wax Time
Year of release: 2017 (reissued from 1956)
Tracks:
A1 Jive At Five
A2 Be My Guest
A3 No Name
A4 Blues For The Count And Oscar
A5 Redhead
A6 Every Tub
B1 Goin' To Chicago
B2 Sent For You Yesterday And Here You Come Today
B3 Bread
B4 There's A Small Hotel
B5 Tipping On The Q T
B6 Blee Blop Blues
A7 Extended Blues
B7 No Name