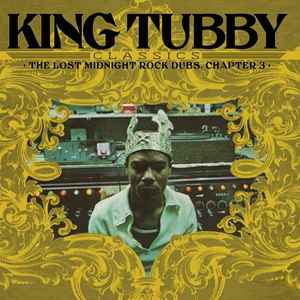 Description:
When dubwise music really started to come into it’s own in the early to mid-70s, it made overnight stars of backroom boys who had hitherto worked behind a mixing desk to serve those who were beginning to hoist reggae to an international stardom that it had long deserved, but that it had only achieved on short and non-sustained bursts until Chris Blackwell decided to throw a lot of promotion and money at the work of Bob Marley and his fellow Wailers in 1972. of those men, there was no bigger star than the late Osbourne Ruddock, the great King Tubby’s and the man who, from a tiny home-made studio in the Waterhouse district of Kingston, Jamaica, did more than most to reposition the boundaries that production and mixing of jamaican recordings.
Format & package: LP
Record Label: Radiation Roots
Year of release: 2022 (reissued from 2011)
Tracks:
A1 Highway Dub
A2 North Circular Dub
A3 Border Patrol Dub
A4 Motor Way Dub
A5 South Circular Dub
A6 95 North Dub
A7 95 South Dub
B1 Cross Bronx Dub
B2 Turnpike Dub
B3 Parkway Dub
B4 Causeway Dub
B5 Mandellah Highway Dub
B6 Expressway Dub
B7 Toll Booth Dub