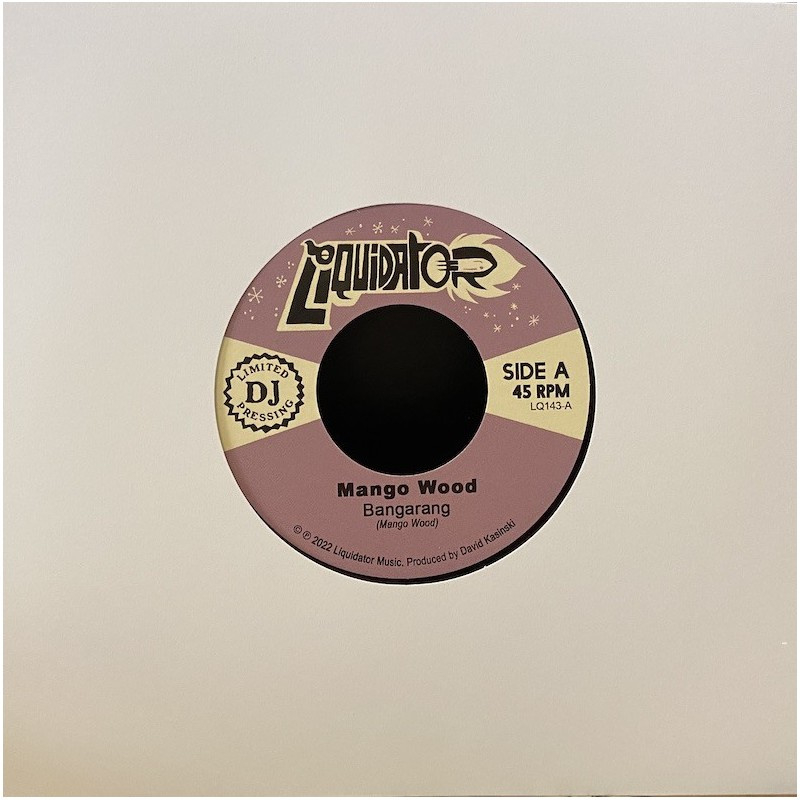 Description:
After their successful album entitled ‘Stomp You Down’ and the band’s stand by due to the pandemic, Mango Wood returns with a new studio single featuring two new songs in their own mood and style, playing Reggay focused to the dancefloors.
Due to the pandemic, the band saw their last album released when the lockdown was starting and had to cancel a European tour in which they would had been presenting the album.
This new Mango Wood 7” has been cooked with the same recipe as their last album, recorded by Javier Ortiz at Estudio Brazil, and mixed and produced by David Vidal Kasinski. The recording continues keeping the sound and the spirit from Jamaican classics alive, seeing the band’s maturity earned through the last years after playin on many different stages all over the place.
Format & package: 7"
Record label: Liquidator
Year of release: 2022
Tracks:
A. Bangarang
B. Wanted