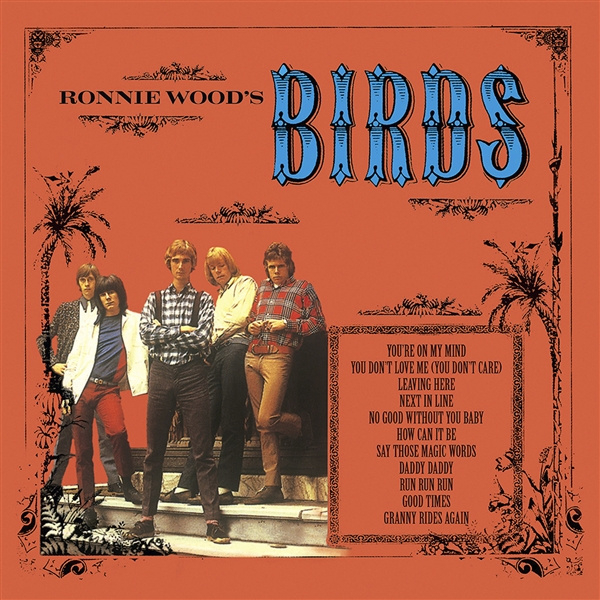 Description:
Heres a definitive singles collection for the influential proto-mod british band ! The Birds were a rhythm and blues band, formed in 1964 in London. They recorded fewer than a dozen songs and released only four singles. Starting out with a hard R&B sound, they later began infusing it with Motown-style vocal harmonies. The best known former member of The Birds is Ronnie Wood, who went on to join the Jeff Beck Group, The Creation, Faces and later The Rolling Stones.
Their hard R&B sound was good enough to get them into a battle-of-the-bands contest held under the show Ready Steady Go!. When the band made their first television appearance, they caught the eye of Decca record company executives. The ensuing recording contract resulted in their first two singles, "You Don't Love Me" and "Leaving Here". The Birds seemed destined for stardom with their loud rhythm-and-blues based music, receiving equal billing with The Who at some concerts. However, in the spring of 1965, the Los Angeles-based band, The Byrds, was dominating the UK Singles Chart with their folk-rock version of Bob Dylan's "Mr. Tambourine Man", released by the newly formed British CBS Records. When The Byrds arrived in England for their first British tour that summer, The Birds' manager, Leo de Clerck, took legal action to prevent them from using the name; the action failed, amid a flurry of national press and television coverage. The group parted ways with de Clerck soon afterwards.
Format & package: LP
Record label: Audio Clarity
Year of release: 2021 (compilation)
Tracks:
A1 You're On My Mind
A2 You Don't Love Me (You Don't Care)
A3 Leaving Here
A4 Next In Line
A5 No Good Without You Baby
A6 How Can It Be
B1 Say Those Magic Words
B2 Daddy Daddy
B3 Run Run Run
B4 Good Times
B5 Granny Rides Again