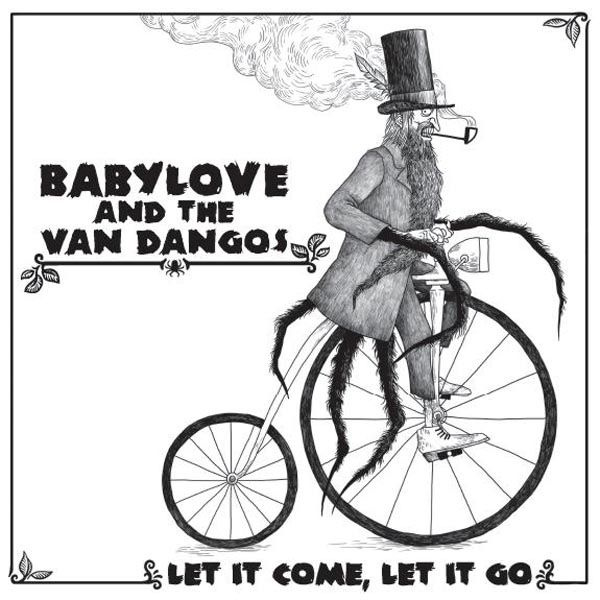 Description:
Babylove & The Van Dangos have evolved in the last 8 years without a doubt to one of the top reggae and ska-bands in europe. The Danish septet presents on ,let it come, let it go" 13 brand new songs that look far beyond the genre box and convince with the highest quality in terms of songwriting and performance. This time, almost a concept album weaves the storytelling of the songs about bathhouses, degenerating basement parties or the loneliness of dusty country roads. Songs like ,roll letem", ,city lies" or ,in your corner" sound like legendary genre classics, but are own written compositions. A down-tempo soul ballad like ,did not we tell you so" works also as good as the other regular ska, reggae and rocksteady songs. After over 400 shows, including highlights such as the roskilde festival and cooperation withinternational genre greats like doreen shaffer, victor rice, chris murray and the toaster this band is well known and more than an insiders tip.
Format & package: LP
Record label: Vinyl Only Records / Grover
Year of release: 2012
Tracks:
A1 Glengali
A2 Never Seen A Girl
A3 City Lies
A4 Black Cars, Black Hearts
A5 Let 'Em Roll
A6 The Road Was Made For Walking
B1 Bathhouse, So Sweet
B2 Crazy Horse
B3 Didn't We Tell You So
B4 Down In A Hole
B5 In Your Corner
B6 Dub In A Hole