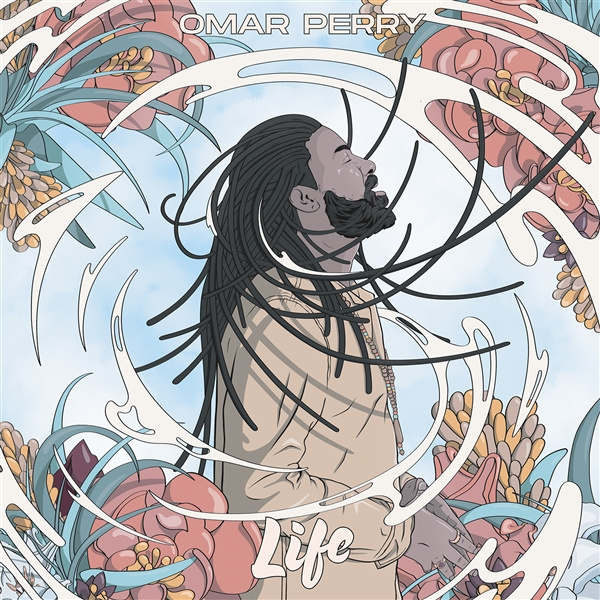 Description:
Perry, a name that sounds like a legend, a name of a wizard who shook up reggae by giving birth to Dub. Yes, we are talking about Lee Scratch Perry! But this genius and producer also gave birth to something unique, or rather someone, a son and no less talented singer: Omar Perry.
From his family legacy, Omar Perry got his fathers extravagant hats, but not only! He spent his childhood in the mythical Black Ark Studio, where he attended his fathers recording sessions with Bob Marley and the Wailers, Junior Murvin and Max Romeo. Enough to be inspired by the greatest! Omar Perry seduces the public over his different projects and tours. This craze is due to his singular vocal power, subtly combined with reggae and dancehall sounds.
For Omar Perry, like this new generation of Jamaican artists, an opening up to more recent musical genres and more modern aesthetics give reggae a new area. And it is during a world curfew, in the spring of 2021, that he is contacted by Benwah, producer, composer and musician who had already worked on his very first album Man Free. He sent him his last two or three reggae productions. But Benwah, inspired by the brothers Damian and Stephen Marley among others, wanted to take the project into an urban dimension. The tracks are reworked with a more hip-hop aesthetic. The gamble is successful, Omar Perry was seduced. What was originally intended to be a collaboration on a simple single quickly turned into an album project, so natural, instinctive and spontaneous was the connection between the two artists. At the crossroads of hiphop and reggae, this new album places Omar Perry in a new musical dimension that suits him perfectly!
Format & package: LP
Record label: Baco
Year of release: 2022
Tracks:
A1 Serious Time
A2 Life
A3 The Calling
A4 You're Mine
A5 Double Edge Sword
B1 Good Vibes
B2 Jah Guide Us
B3 Wah Receive You
B4 Grow My Wings
B5 Chant Down Babylon