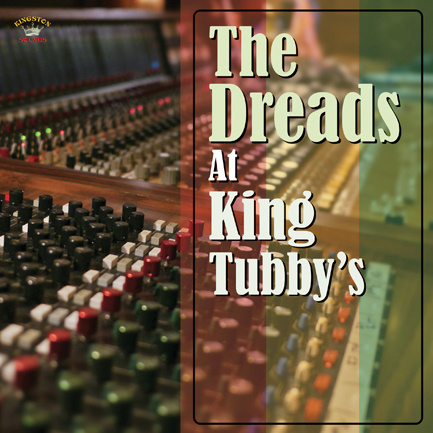 Rastafarianism came to prominence in the late 1960’s / 1970’s and had a huge influence on the musical culture in Jamaica. The sentiments of the songs reflected the struggles of life, as reggae music always did but now with an added spiritual/ conscious element to the lyrics. By the mid 1970’s most if not all the top flight singers were following the doctrine and growing their hair to dreadlocks. Everything was truly ‘Dread’.
At the heart of this musical explosion was again producer Bunny ‘Striker’ Lee a man who was always at the heart of the action and many times in his career ahead of the musical game. As Bunny Lee’s stable of singers were at this time nearly all Rasta’s and with the worldwide acceptance of Bob Marley, in especially the foreign territories, this musical style was the way forward for reggae music in the mid-1970’s. The visual focal point of this new turn in reggae music would be a call to all things ‘Dread’. Add to the mix Bunny Lee’s close working relationship with studio wizard King Tubby, again not a Rasta himself, but someone who could sonically bring what was needed to the table and enable the whole musical chemistry to fall into place. Heavy rhythms were created to match the heavy and serious lyrics and ‘Versions Galore’ as they say were coming out fast and furious.
We have compiled a set of conscious tunes that not only match the `Dread’ criteria, but also are just great tunes. The great Jacob Miller’s ‘Zion Gates’, Cornell Campbell’s ‘Two Faced Rasta’, Horace Andy’s ‘It’s Gonna Be Dread’ alongside Linval Thompson’s `Never Conquer Jah’. Two timeless cuts from ‘The Abyssinians’ get a fresh outing by two great singers, firstly Don Carlos’s cut to ‘Satta Massaganna’ and the prince of reggae himself Dennis Brown works ‘Declaration of Rights’ in fine style. Johnny Clarke’s ‘Man Like Me’ and ‘Dem Say Rasta’ still sound as fresh today as when they were first laid down and Wayne Jarrett’s ‘Live On Jah’ and Frankie Jones ‘Satta and Praise Jah’ add to this great selection. All great ‘Dread’ tunes that were cut or voiced at King Tubby’s giving them that extra shine.
Format & package: LP
Record label: Kingston Sounds
Year of release: 2019 (compilation)
Tracks:
A1 Jacob Miller - Zion Gates
A2 Don Carlos - Satta Massagana
A3 Johnny Clarke - Dem A Say Rasta
A4 Horace Andy - It's Gonna Be Dread
A5 Dennis Brown - Declaration Of Rights
A6 Cornell Campbell - Two Faced Rasta
A7 Ronnie Davis - Every Rasta Is A Star
B1 Horace Andy - This World
B2 Johnny Clarke - Man Like Me
B3 Frankie Jones - Satta And Praise Jah
B4 Linval Thompson - Never Conquer Jah
B5 Cornell Campbell - Rightess Rasta Man
B6 Wayne Jarrett - Live On Jah
B7 Linval Thompson - Wicked Babylon