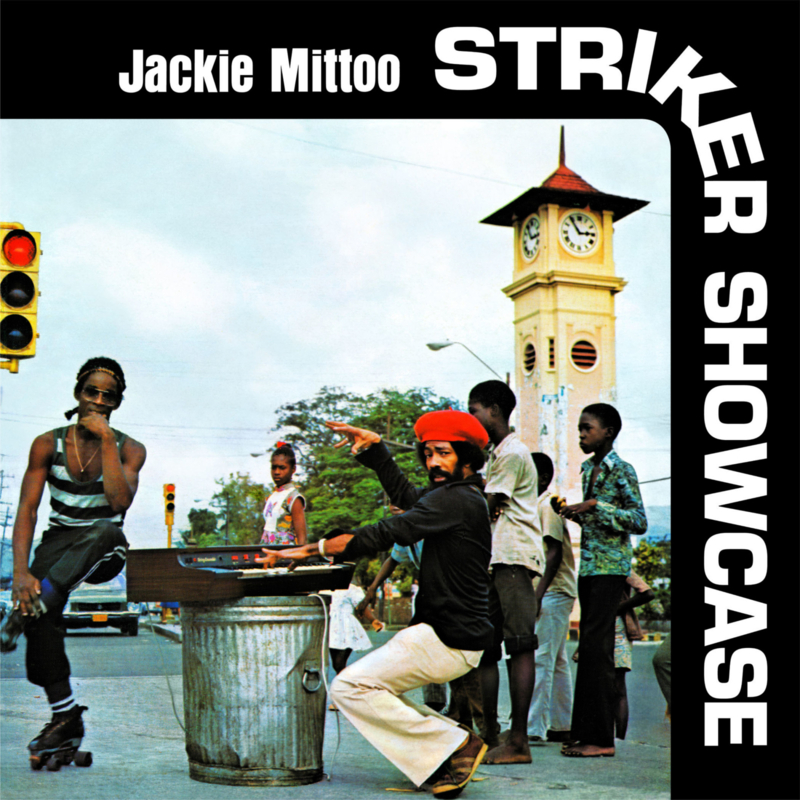 Description:
Great double-disc 34-track package with three full length albums with additional six extra tracks and 16-page booklet including linernotes and photos. The quote by Clement 'Coxsone' Dodd "He was an ambassador of our music worldwide...may his name be remembered and his music live on."
Without doubt the most important musician in the development of Jamaican music, Jackie Mittoo's work for Coxsone Dodd set the template for the future of reggae, his work there still being referenced and versioned to this day. "Striker Showcase" finds Jackie Mittoo re-visting much of his past at Studio One for producer Bunny Lee a few years later in a classic 70's recording-style that proved extremely popular in the Roots Rockers era of the original releases in 1976 to 1978. This re-mastered 2CD set collects together three classic Jackie Mittoo albums "Showcase" (also known as "Showcase 3"), "The Keyboard King" and "Hot Blood" and fleshes them out with six extra choice cuts. Recorded at Dynamic, Harry J and Channel One Studio. Mixed at King Tubby's Studio by Prince Jammy and King Tubby.