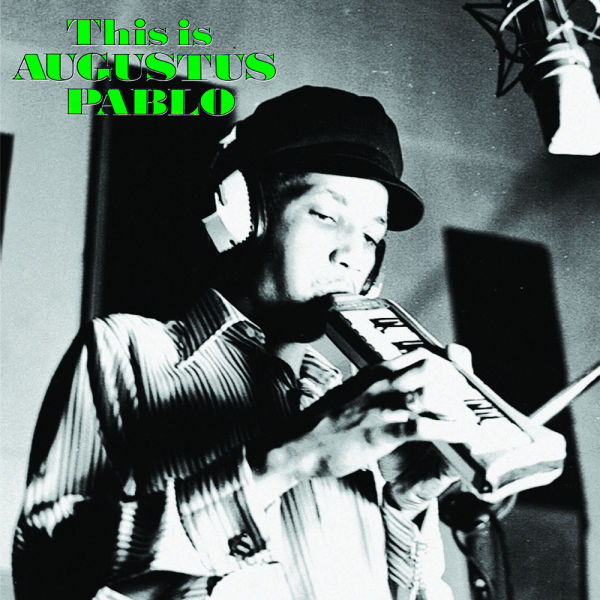 Description:
Back in stock is the re-issue of the Augustus Pablo classic album debut from 1973. The LP-Vinyl is re-mastered and expanded with the three additional tracks "Java" and "Guiding Red" from singles released the previous year, plus the unreleased "Marabi", the version to Dennis Brown's "Cheater". "This Is Augustus Pablo" was recorded at Randy's studio, mixed by Errol Thompson and produced & arranged by Clive Chin & Augustus Pablo. A masterpiece of early reggae & instrumental dub introducing the sound of the melodica!
Sleeve notes on the cover backside by Donald Clive Davidson.
Format & package: LP
Record label: VP / 17th North Parade
Year of release: 2023 (reissued from 1972)
Tracks:
A1 Dub Organizer
A2 Please Sunrise
A3 Point Blank
A4 Arabian Rock
A5 Pretty Baby
A6 Pablo In Dub
A7 Marabi (Bonus Track)
A8 Java (Bonus Track)
B1 Skateland Rock
B2 Dread Eye
B3 Too Late
B4 Assignment No 1
B5 Jah Roc
B6 Lover's Mood
B7 Guiding Red