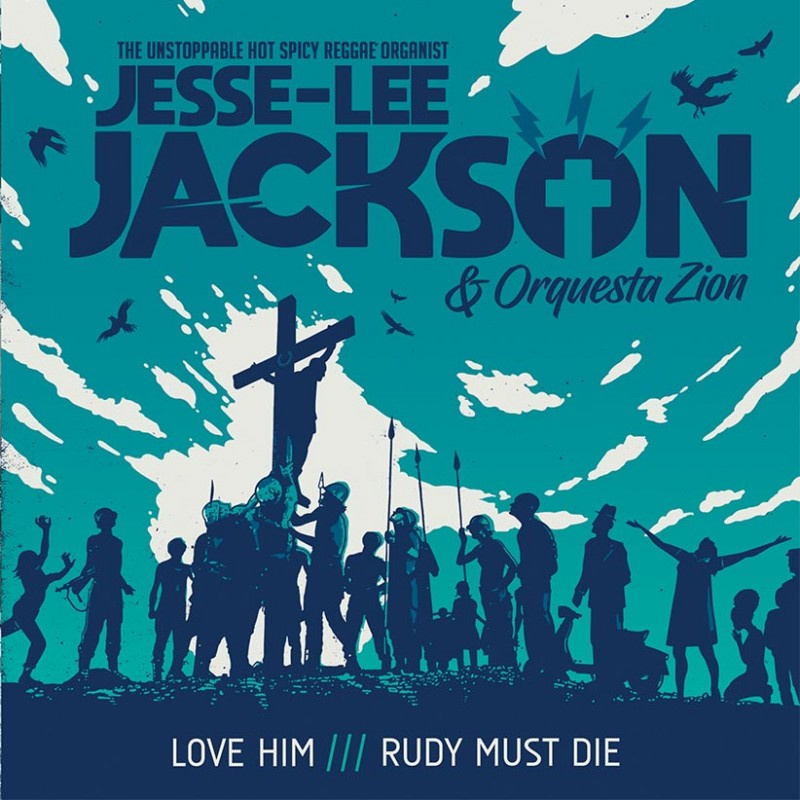 1973: the iconic JesusChrist Superstar film premieres, milestone and inspiration for Jesse-Lee. Meses, after that he travelled to Port Antonio (Jamaica). While visiting Kingston, Jesse-Lee met Bunny Lee, Clancy Eccles, Harry J and Joe Gibbs and was invited to record some jams at their studios. On the way back home comes tragedy: his plane crashes near the Florida coast. All crew and passengers died instantly. His recordings were lost, forgotten... until today

Jesse-Lee Jackson's well-deserved return comes from the hand of El Paso Records, fantastically accompanied by the great Orquesta Zion. However, there are those who say that this whole story is just another of Albert 'Lapelldeldiable' Beneït's many delusions, The Upshitters producer and his obsession for Skinhead Reggae and dirty Rocksteady. In any case, all this has culminated in the appearance of several studio recordings with Jesse-Lee Jackson’s rescued Hammond and Farfisa organ lines.

Don’t miss their first 7" on El Paso Records: two songs on the way between Rocksteady and Early Reggae fancy wrapped.