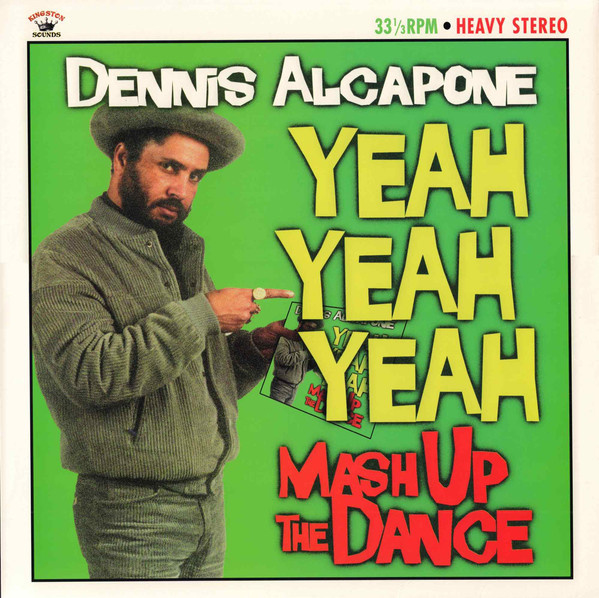 Description:
Dennis Alcapone initially inspired by DJ U Roy, was soon to challenge his crown in the early part of the 70s releasing over 100 hit tunes. He could weave his vocal magic over any tune / rhythm that came his way and take it to another place. Dennis Alcapone (b. Dennis Smith, 6 August 1947, Clarendon, Jamaica) began Dj-ing for the El Paso Hi–Fi Sound System around 1969.
His first releases resulted from working with producer Keith Hudson, a succession of hits followed. Dennis moved camp to work with producer Duke Reid reworking some fresh ideas over classic Treasure Isle rhythms. Dennis moved on to work with all the top producers through this period between 1970-1973 producers Coxonne Dodd, Lee Perry, Sir JJ, Winston Riley, Joe Gibbs, Prince Buster all provided an outlet for his musical endeavours. Another great relationship was his work for producer Bunny Lee.
These songs were recorded in Jamaican studios like Channel One, Harry J's and Randy's Studio 17. Backing musicians include Robbie Shakespeare, Sly Dunbar, Earl 'Chinna' Smith and Tommy McCook
Format & package: LP
Year of release: 2012 (compilation)
Tracks:
A1 Go Deh
A2 Wise Man From The East
A3 It Must Come
A4 Guns Don't Argue
A5 Steve Austin
A6 No Place Like Home
A7 Blessed Are The Meek
B1 Eternal Life
B2 Gather My People
B3 If Jah Is For Us
B4 Table Gonna Turn
B5 Rock It In The Ghetto
B6 Life Is Great
B7 Togetherness