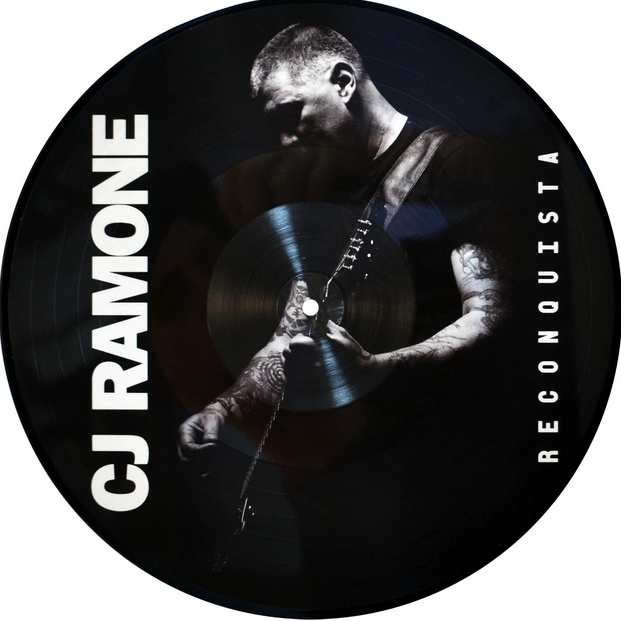 Description:
Without a label deal, CJ wrote and recorded his debut solo album, Reconquista, the old school, DIY way, with assistance from Steve Soto of the Adolescents and a number of other punk rock luminaries lending their musical chops. With an album that had the honesty and sound that so many Ramones copycats just never got right, along with instant classics like 'What We Gonna Do Now' and his heartwarming tribute to Joey, Johnny and Dee Dee, 'Three Angels', CJ Ramone cemented his place in Ramones history. And it was only the beginning.
Format & package: LP, picture disc
Year of release: 2019 (reissued from 2013)
Tracks:
A1 What We Gonna Do Now?
A2 Three Angels
A3 You're The Only One
A4 Nobody's Sweetheart
A5 Shut Up
A6 King Cobra
B1 Now I Know...
B2 Ghost Ring
B3 Waitin' For The Man
B4 Goin' Home
B5 Low On Ammo
B6 Aloha Oe