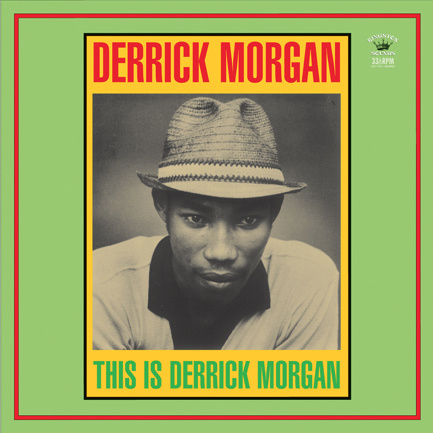 Description:
Derrick Morgan is one of the greats of Jamaican music, he is the undisputed King of Ska. But his recording career did not stop in 1967 when the sound of Ska slowed down into Rocksteady. Nor did it stop in 1968 when Rocksteady evolved into the early sound of Reggae.
The set you have here was first released in 1974 when reggae was king, the album carried the name ‘In The Mood’ but also had the working title ‘This Is Derrick Morgan’. A title in the world of Reggae carrying the ‘This is’ moniker, would normally be used to introduce a new singer and be his showcase album. In this case it could be used to re-introduce the singer Derrick Morgan to the new reggae sound. But we feel someone of Derrick’s calibre needs no introduction as his voice works on any rhythms put his way.
Format & package: LP
Record label: Kingston Sounds
Year of release: 2016 (reissued from 1974)
Tracks:
A1 What A Something
A2 Don't Blame The Man
A3 Hey Little Girl
A4 Seeing A Girl Is Not Knowing Her
A5 My Snow Ball Baby
A6 Never Gonna Give Up
B1 Keep On Fooling Me
B2 I Have Nothing
B3 Tell Him I Am Not Home
B4 King's Heart
B5 Big Two
B6 Still Around