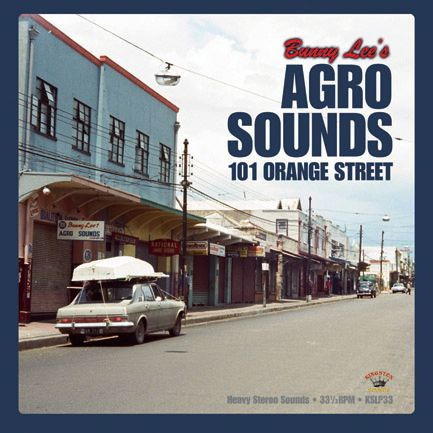 Description:
Countless incredible records were made in Kingston between 1968 and 1971 that have never been able to lose the stigma of being defined as ‘skinhead reggae’ but in Jamaica the term never meant anything. However Bunny Lee’s Agro sounds meant a great deal both at home and away. They were tougher than tough, rougher than rough, kicked like a ‘bovver’ boot and were sharper than a razor cut trim. Raw, pure
and undiluted they hit every time… some eventroubled the UK National Charts.
We sincerely hope that this compilation helps to point you in the direction of some of the best music from this often overlooked period from one of the greatest producers ever. 'The Agro Man’ himself Bunny Lee.
Format & package: LP
Record label: Jamaican Recordings
Year of release: 2014 (compilation)
Tracks:
A1 Stranger Cole & Lester Sterling - Bangarang
A2 Derrick Morgan - Seven Letters
A3 Donnie Elbert - Without You
A4 Slim Smith - Everybody Needs Love
A5 Delroy Wilson - Cool Operator
A6 U Roy & Lennox Brown - King Of The Road
A7 Derrick Morgan - Moon Hop
B1 Bunny Lee All Stars - Ten Thousand Tons Of Dollar Bills
B2 Pat Kelly - If It Don't Work Out
B3 Derrick Morgan - Hold You Jack
B4 Delroy Wilson - Who Cares
B5 Max Romeo - Wet Dream
B6 Roy Shirley - Joe Razor
B7 Winston Williams - DJ Choice