Lloyd Parks ‎- No Bother Chuck It Pon Me 7" 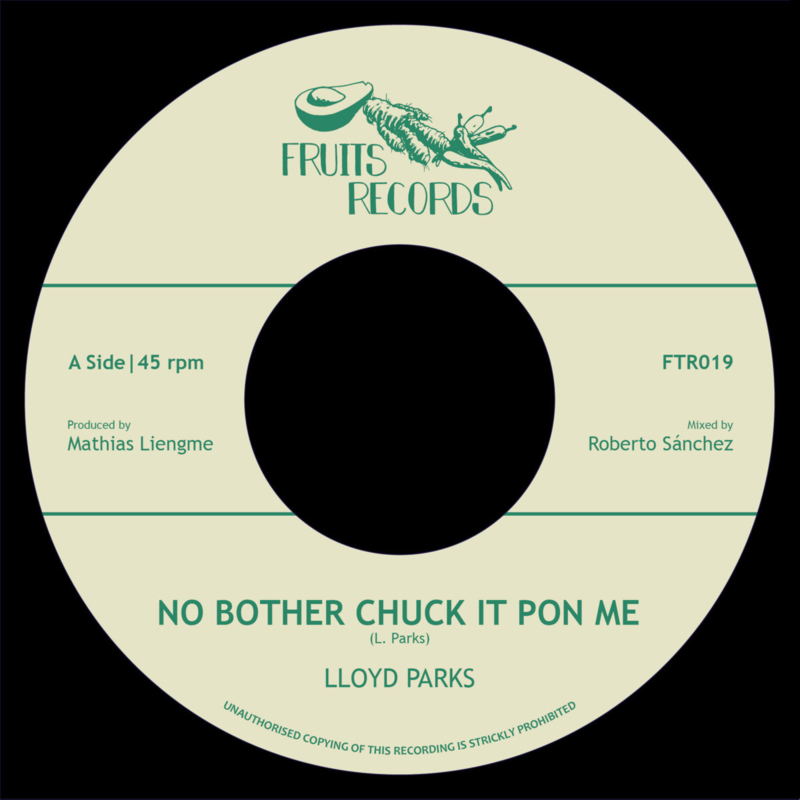 Description:
Lloyd Parks is one of the greatest bass player in Jamaican music history, but he's also a brilliant singer. He started his singer carrier in 1967 at Studio One with The Termites and then had numerous hits with songs like ''Officially'', ''Slaving'', ''Ordinary Man'', ''Mafia'' or ''We'll Get Over It''. In 2013, Fruits Records producer Mathias Liengme travelled to Jamaica to record The Inspirators album, an all stars group gathering Leroy ''Horsemouth'' Wallace, Lloyd Parks, Earl ''Chinna'' Smith and Anthony ''Sangie'' Davis playing and singing together. Taken from these recording sessions, Lloyd Parks' ''No Bother Chuck It Pon Me'' is for the first time available on 7'' record including a wicked dub version on the B side by Roberto Sanchez.
Format & package: 7"
Record label: Fruits Records
Year of release: 2019
Tracks:
A No Bother Chuck It Pon Me
B No Badda Dub