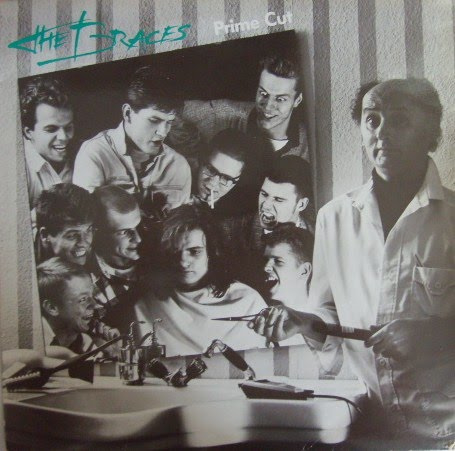 Description:
From the mid-eighties up to 1991, The Braces were one of the most sought-after ska bands around Europe, being part of the first generation in Germany (together with Skaos, The Blue Beat and The Busters). The hype around them grew, when the compilation "Skank - Licensed To Ska" (Link Records/England) became a worldwide success in 1988. The Braces song "Julie, Julie" happened to be one of the highlights of the record. At the "1st International Ska Festival" in London the youngsters shared stages with the likes of Prince Buster and Bim Skala Bim in Dezember 1988. Another classic recording was released the following year, the wide spread "Ska Ska Skandal-Compilation" (Vielklang/Pork Pie), where "Playing Darts" scored lots of points with the thirsty ska crowd. Yet, after four years of extensive touring around Europe and two successful albums The Braces simply stopped playing in 1991. The decision making was helped by their manager who went away with the Braces money and all their contracts.
Format & package: LP
Record label: Black Butcher
Year of release: 2013 (reissued from 1989)
Tracks:
A1 In Ska Mood
A2 Julie, Julie
A3 The Girls Of Today
A4 No Reason
A5 Something Special
B1 Guilty
B2 Her Smile Means Nothing
B3 Riding West
B4 The Letter
B5 It's OK