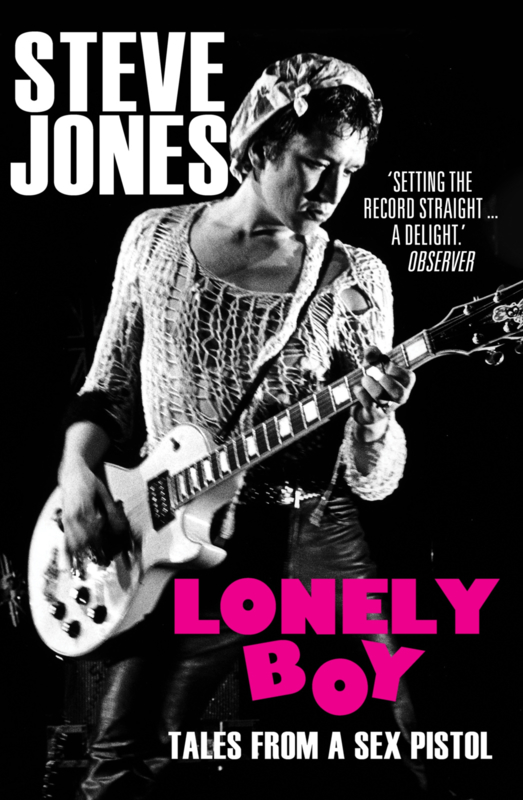 ​Description:
The book behind the TV-series (and the Rotten VS Jones courtcase).

Without the Sex Pistols there would be no punk. And without Steve Jones there would be no Sex Pistols. It was Steve who, with his schoolmate Paul Cook, formed the band that eventually went on to become the Sex Pistols and who was its original leader. As the world celebrates the 40th anniversary of punk -- the influence and cultural significance of which is felt in music, fashion, and the visual arts to this day--Steve tells his story for the very first time.
Lonely Boy is the story of an unlikely guitar hero who, with the Sex Pistols, transformed twentieth-century culture and kick-started a social revolution.
Format: Half size
Year of publication: 2017
Number of pages: 320