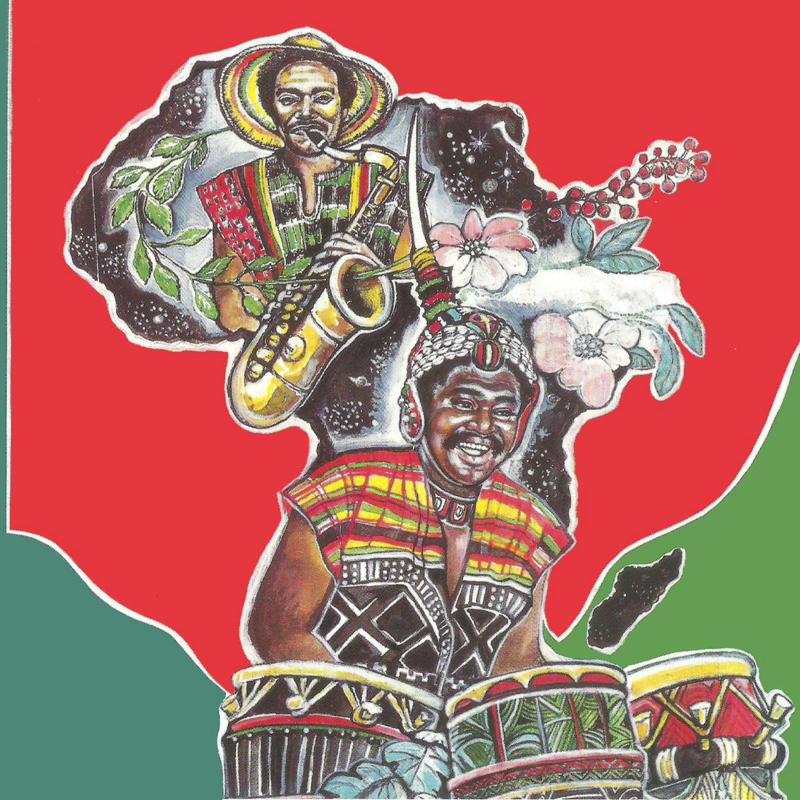 Description:
Strut return to the rich archives of Black Fire Records for the Drum Message album by Ghanaian master percussionist Okyerema Asante from 1977.
After playing a short spell early in his career with Ebo Taylor’s Blue Monks band at Tip Toe’s in Accra, Asante joined the fledgling Hedzoleh Soundz during the early ‘70s at their Napoleon Club residency in the city. After playing Fela’s Shrine, Fela recommended them to Hugh Masekela as an ideal backing band and Hedzoleh joined Masekela on a US tour in December 1973. Sharing the same management company, Charisma, Asante first met Plunky and Oneness Of Juju during an East coast tour with Masekela, starting a relationship with the band that has endured until today.
Recorded at Arrest Studios in Washington D.C. in October 1977 and featuring musicians from Oneness alongside Gil Scott Heron cohort Brian Jackson on piano, Drum Message represents an important milestone for Asante: “This album really came from my heart. I wanted to project the African spirit in the music and come out with some unique African jazz. To be able to record it on Black Fire was extra special.” The album also involved some serious physical graft: “The studio was up on the 14th Floor and the elevator was often broken down. I showed up with a van full of African drums and Jimmy Gray from Black Fire and myself had to carry them all the way up there, each day!”
The resultant album was well worth the sweat. ‘Adowa’ adds jazz arrangements to a traditional Asante rhythm and Oneness classic ‘Follow Me’ is skilfully re-worked (“I used the bass drum in place of the bass guitar so it was all based on rhythms.”). New versions of Asante dancefloor favourite ‘Sabi’ sit alongside the mellow groove of ‘Asante Sana’ (“I wanted something cool like reggae or highlife on that track, a similar vibe. So, I went in between.”).
Format & package: Double LP + 12"sized booklet
Record label: Strut / Black Fire
Year of release: 5 november 2021 (reissued)
Tracks:
A1 Drum Message
A2 Asante Sana
A3 Follow Me
B1 Sabi
B2 Mother Africa
B3 Never Fly Away From The Funk
C1 Play A Sweet Rhythm On Them Drums
C2 Adowa
C3 Sabi (Black Fire House Mix)
D1 Kazi's Awakening
D2 To The Ancestor's