Yellow Cap - Around The World 7" 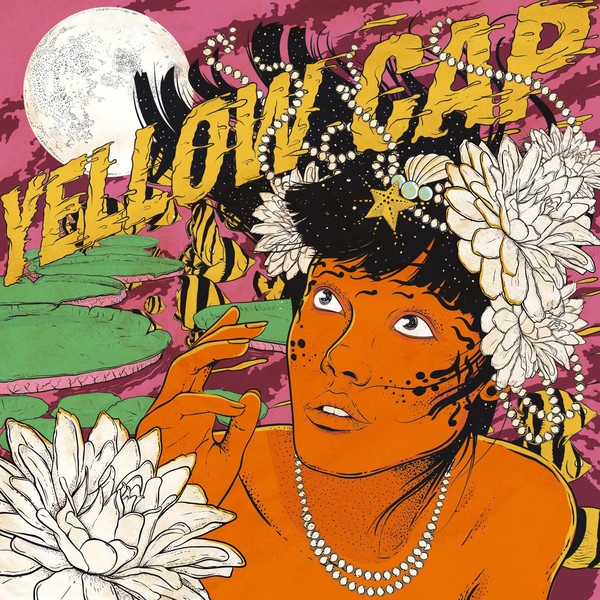 Description:
"Travel is fatal to prejudice". Mark Twain (1835 - 1910)
Mark Twain's quote has been YELLOW CAP's motive to go one step beyond - over and over again, whether in terms of their music style or while planning the next tour. The nine-piece ska and rocksteady band from Dresden, Berlin and Görlitz has played shows in nine countries so far - but Brazil has more than any other country left its marks. This is why the band left for the "land of longing" for the forth time in January 2016.But the boys did not just want to start the tour by playing a show. In Victor Rice's studio, a producer legend from the US living and working in Sao Paulo, the single "Around the world" was recorded.
With Mark Twain's slogan as inspiration the catchy rocksteady song tells a story about experiences on travels: who sees the world with their own eyes does not have to rely on impressions and stories of others. This is how you get to know so many different people and cultures and you will definitely meet some new friends. Of course, YELLOW CAP made these experiences when they invited the renowned Brazilian rapper "Lurdes da Luz" from Sao Paulo and the band "Projeito Brasilidade" with singer Fernanda Sant'Anna from Rio de Janeiro to contribute one verse each to the song.
The result will be released on July 15, 2016 on an extra heavy seven inch vinyl with the complete song on side A and the riddim without voice for DJs and selecters on side B. The beautiful cover artwork has been designed by the Brazilian artist Shiron The Iron, who was inspired by Brazilian mystic legends of Lemanjá und Vitoria Régia.
Format & package: 7" single
Record label: Pork Pie
Year of release: 2016
Tracks:
A Around The World
B Around The World Riddim