Various - This Is Jamaica Ska - Presenting The Ska-Talites LP 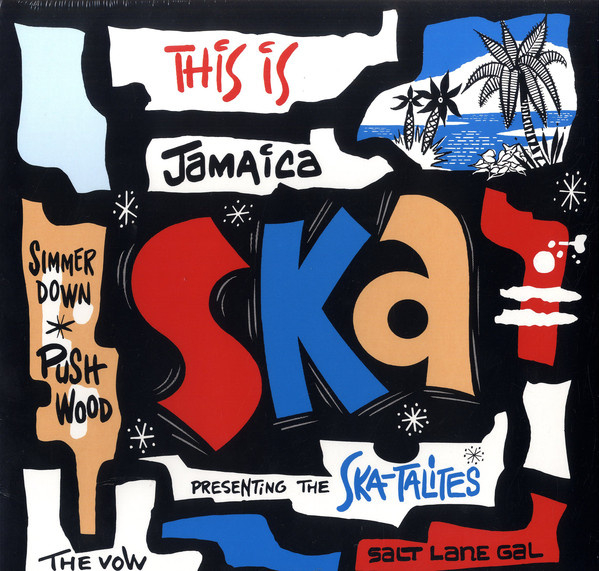 Description:
Japanese import!
This is the iconic Ska compilation from Coxsone / Studio One including top tunes like The Wailer’s “Simmer Down” “How Many times (Do You Remember)” and Jackie Opel’s “Push Wood” “Sit Down Servant”released in 1964 - 65, when Ska was at its zenith.
Andy & Joey’s evergreen “You’re Wondering Now” has been famously covered by The Specials and the late Amy Winehouse.  “Wonder No More” was an earnest follow-up. The cover of Willie Mitchell’s “20-75” is replaced by brushed up  7 inch version. Don Drummond’s “Heaven & Erth” has been mis credited on original LP & reissues as “Roll On Sweet Don” but this is the right title.
Format & package: LP
Record label: Rock A Shacka / Studio One UK
Year of release: 2020 (reissued from 1965)
Tracks:
A1 The Wailers - Simmer Down
A2 The Ska-Talites - Salt Lane Gal
A3 Jackie Opel - Push Wood
A4 Andy & Joey - Wonder No More
A5 Roland Alphonso - Bongo Tango
A6 Roland Alphonso - Sucu-Sucu
B1 Roland Alphonso - 20-75
B2 Jackie & Doreen - The Vow
B3 The Wailers - How Many Times
B4 Don Drummond & Roland Alphonso - Heaven & Earth
B5 Jackie Opel - Sit Down Servant
B6 The Wailers - Go, Jimmy, Go