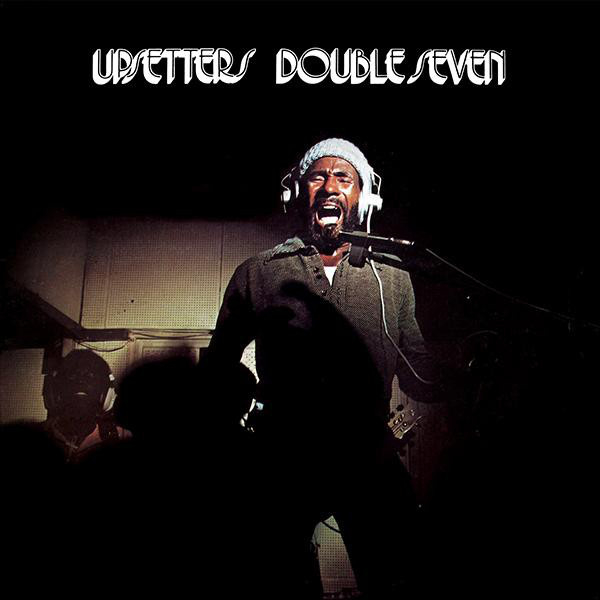 Description:
US import!
Liner notes by David Katz!
"Double Seven, released by Trojan in late 1973, was the last album Lee 'Scratch' Perry would release on the label for some considerable time, and it was essentially the final album project he put together before establishing his own Black Ark studio. Opening track 'Kentucky Skank' sets the tone with a slow creeper whose frying sounds underscore its role as a praise song to the Colonel's KFC recipes; the cosmic Moog blips come courtesy of Ken Elliott at Camden's Chalk Farm studio, also prominently featured on U-Roy's double-tracked, stereo-panned gambling ode 'Double Six.' David Isaacs' 'Just Enough' was cut a few years prior, which makes it slightly out of phase with the rest of the set, though the enigmatic 'In The Iaah' sounds mightily fresh, with its uncredited chorus said to come courtesy of the Wailers. Perry's own 'Jungle Lion' has hilarious roars from the maestro at the start, strangely grafted atop a reggae re-make of Al Green's 'Love and Happiness.'
"Overall, Double Seven melds the soul, funk, reggae and dub elements that were constant in Perry's work during this phase. His enhanced audio spectrum and endless reference points would keep his music continually apart from that made by his peers."
Format & package: LP
Record label: Antarctica Starts Here
Year of release: 2018 (reissued from 1973)
Tracks:
A1 Kentucky Skank
A2 Double Six (with U-Roy)
A3 Just Enough (with David Isaacs)
A4 In The Iaah
A5 Jungle Lion
A6 We Our Neighbours (with David Isaacs)
B1 Soul Man
B2 Stick Together (with U-Roy)
B3 High Fashion (with I-Roy)
B4 Long Sentence
B5 Hail Stones
B6 Ironside
B7 Cold Weather
B8 Waap You Waa