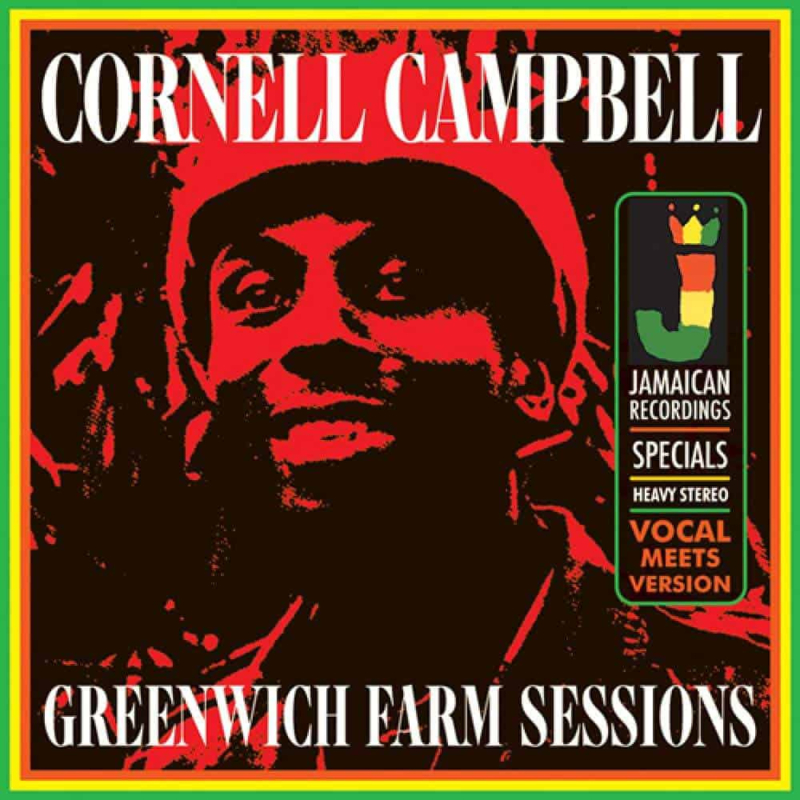 Description:
UK import!
A limited edition red-coloured vinyl, Greenwich Farm Sessions compiles some of the great Jamaican singer Cornell Campbell’s finest tracks that he made in league with legendary producer Bunny Lee, and places them directly alongside some equally powerful dub re-workings that were made at King Tubby’s studio.
Cornell Campbell’s distinct falsetto voice, alongside his Rastafarian beliefs in the Mid Seventies, gave him a musical style that added an urgency and righteousness to songs few could match. Whatever the subject matter, Cornell could put across the meaning of the song in what, as with all great singers, seemed effortless, heartfelt, manner.
Jamaican recordings have compiled some of Cornell Campbell’s finest tracks cut with the great producer Bunny Lee put them alongside their dub cuts that were worked over at King Tubby’s studio. The stunning Dance In A Greenwich Town, Gorgon, the timeless Stars and Natty Dread In a Greenwich Farm - all cuts that ruled the sound systems when they first appeared in the 1970’s. So sit back and enjoy the Greenwich Farm Sessions where vocal meets version Respect
Format & package: Record Store Day 2019 release. Limited edition of 250 LP's on red vinyl.
Record label: Jamaican Recordings
Year of release: 2019
Tracks:
A1 Dance In A Greenwich Farm
A2 Dance In A Greenwich Farm (A Dancing Roots Version)
A3 Gorgon
A4 Gorgonwise Dub ft U-Roy
A5 Forward Natty Dread
A6 Forward Natty Dread Dub
B1 Stars
B2 Stars Version (Roots Of Dub)
B3 Natty Dread In A Greenwich Farm
B4 Natty Dread In A Greenwich Farm Dub (This Ya Version Ya Red)
B5 Wherever I Lay My Hat
B6 Wherever I Lay My Hat Dub (Dub Magnificent)